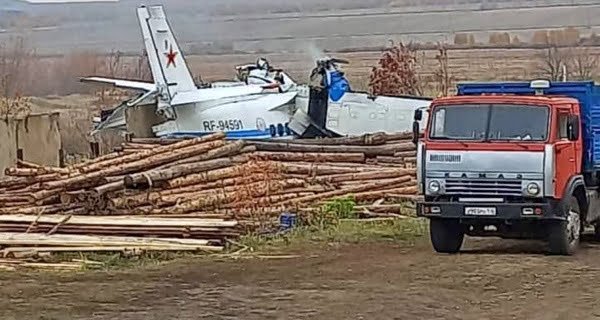 Moscow: The plane carrying 23 people crashed in the Tatarstan area of ​​Russia. 16 people died in this accident, while 7 are injured. The Emergency Ministry said that the Russian plane L-410 Turbolet crashed while taking off over the Republic of Tatarstan. It was a two-engined short-range transport aircraft. There was also a group of parachute jumpers in it. Seven people have been pulled alive from the rubble.

Russian aviation safety standards have improved in recent years. But in remote areas, accidents happen due to old planes. Earlier, an old Antonov An-26 Antonov plane crashed in Russia’s Far East last month. Six people died in this. In July, a plane crash in Kamchatka killed all 28 people on board the Antonov An-26 twin-engine turboprop.

Samsung’s new 5G smartphone launched with 8GB RAM, will get 4 cameras and many...

18/08/2020/10:37:pm
Mumbai: Bollywood actress Kangana Ranaut is always in the headlines due to her impeccable statements. She often expresses her opinion on social and political...

19/07/2020/7:17:pm
Mumbai: After the death of Bollywood actor Sushant Singh Rajput, everyone is talking about the nepotism going on in the industry. Bollywood actress Kangana...

9 people of the same family infected with Omicron in Jaipur, 21 cases across...

05/12/2021/8:23:pm
Jaipur: The cases of Omicron variants of coronavirus are increasing rapidly in India. On Sunday, the Omicron variant has been confirmed in 9 people...