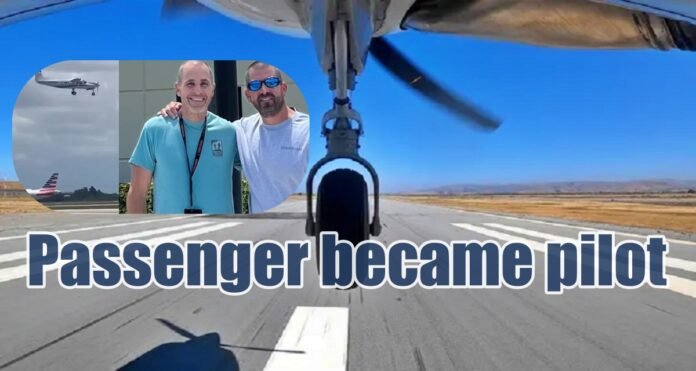 West Palm Beach (USA): A passenger on a small plane off the Atlantic coast of Florida in the US called for help via ‘cockpit radio’ after the pilot suddenly fell ill and the aircraft followed instructions from air controllers. Got it off safely. The passenger said on Tuesday, “The situation was very serious. The pilot could not understand anything due to ill health. I had no experience in flying a plane.”

After pleading for help via ‘cockpit radio’, an air traffic controller at Fort Pierce responded and asked the passenger if he knew anything about the single-engine Cessna 280. The traveler said, “I had no idea. I could see the Florida coast in front of me and I knew nothing.” Thereafter, the controller spoke to him in a very calm manner and asked him to balance the wings of the aircraft and move toward shore.

Minutes later, controllers tracked the plane’s location and found the plane was heading north over Boca Raton. When the passenger’s voice slowed, the controller asked him for his phone number so that he could speak comfortably with the controllers at Palm Beach International Airport. Air traffic controller Robert Morgan then took over and landed the plane safely. As the passenger plane landed safely on the ‘tarmac’, another controller said, “Congratulations to the new pilot.”

Morgan said it looked like the passenger was in the right place, at the right time. Federal Aviation Administration spokesman Rick Breitenfeld confirmed that only the pilot and one passenger were on board. The agency is probing the matter. There was no immediate information on the condition of the pilot and officials have not revealed his identity.

18/10/2020/10:35:am
Harrisonburg (United States): The reason for the large fire and explosion at a shopping center in Harrisonburg, Virginia is under investigation. At least five...

BJP to Hold 25 Webinars to Push Idea of ‘One Nation, One Election’

126 year old temple in Pakistan opened for devotees after repair

US approves $ 9 million in sales of military equipment to...