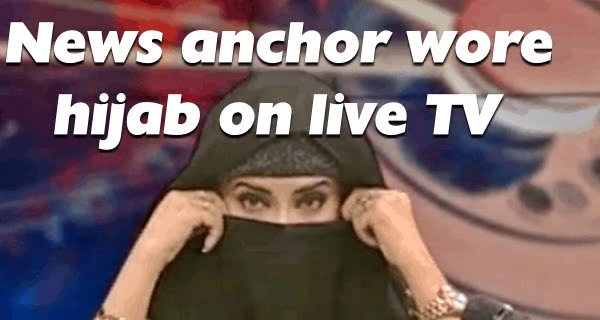 Islamabad: On the one hand, Pakistani Prime Minister Imran Khan is constantly justifying the Taliban’s rule in Afghanistan and is demanding time from the world. Pakistani media is also not behind. He has also started the work of propaganda machinery for the Taliban government. On Friday, the anchor of a Pakistani news channel (TV News Anchor) crossed the limit. She justified the hijab and showed her wearing a hijab in front of the live camera and said that wearing it does not change her thinking.

What was the whole matter?
This video of Sama TV’s news anchor is going viral on social media. Pakistani professor Pervez Hoodbhoy was also present in this live debate. Those who were telling that now girls are being asked to wear hijab even in Pakistani universities. In response, the anchor shuddered and started defending the hijab. After this, she also showed up wearing a hijab.

What did Professor Hoodbhoy say?
Parvez Hoodbhoy, who was teaching at Quaid-e-Azam University, said, “I started teaching from the year 1973, then 47 years ago you could barely even see a girl in a burqa. Now hijab burqa has become common. Now the normal girl is not visible at all. And when she sits in class, clad in hijab in a burqa, her activity in class decreases a lot. It is not even known whether he is in class or not.

Cobra Kai’ Season 3 To Premiere On Netflix On January 1

Apple said – hands were tied, so the company had to hand over the...