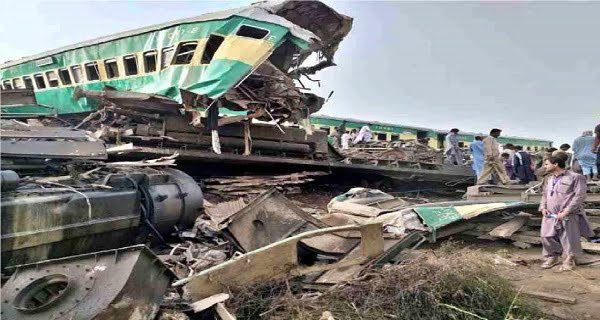 Islamabad: A major train accident has happened in Pakistan around 3.45 am on Monday morning. There has been a major collision between two trains in the Daharki area of ​​Sindh, Pakistan. According to Pakistan media, so far more than 30 people have died in this accident and more than 50 people are reported to be injured.

According to reports, there was a major collision between Millat Express and Sir Syed Express trains in the morning. However, rescue teams have reached the spot, and work is being done to rescue the people trapped in the bogies. The accident happened between Reti and Daharki railway stations near Ghotki.