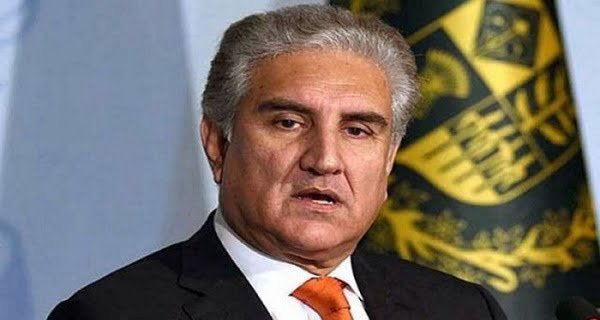 Islamabad: Pakistan’s Foreign Minister Shah Mehmood Qureshi will visit Turkey this week as part of efforts for a political solution to the Afghan war. His visit comes amid reports that Ankara is in talks with Islamabad to ensure security at Kabul airport following the withdrawal of US and NATO troops from the war-torn country. Media reports on Wednesday said that during his three-day visit, Qureshi will attend a meeting of the Antalya Diplomacy Forum from June 18 to 20, which will include the head of the Afghan High Peace Council Abdullah Abdullah and former Afghan President Hamid Karzai. ) and representatives of many other countries.

The Express Tribune reported that Qureshi is also expected to meet Afghan leaders on the sidelines of the forum meeting to discuss the way forward for the Afghan peace process. It is being said that the Afghan Taliban does not want to participate in the Istanbul conference being held by the American initiative. Turkish President Recep Tayyip Erdogan has expressed the possibility that Turkey can help ensure the security of the international airport in Kabul following the withdrawal of US troops from Afghanistan by September 11. But Turkish officials said they would seek financial help in return for their military presence in Kabul.

The Turkish president did not announce any agreement on airport security, but said Turkish military forces could work jointly with Afghanistan, Pakistan and NATO member states Hungary. It is noteworthy that at the NATO summit in Brussels, the member countries agreed to keep the Kabul airport operational after the withdrawal of foreign troops from Afghanistan. Turkey has been asked to provide military force for this purpose. There are fears that after the withdrawal of American and NATO troops from Afghanistan by September 11, Afghanistan may again return to the darkness of unrest and civil war.

Panic by the presence of crocodiles, the forest department will be tagging for safety

24/02/2021/9:10:pm
Dehradun: According to the figures revealed in the recent aquatic fauna calculations in Uttarakhand, the estimated number of crocodiles is 451 and the number...

08/10/2020/12:08:am
London, United Kingdom:  OAG, the world’s leading provider of travel data and insight, today released The COVID-19 Recovery: Getting Passengers Back on Board, a new report...

Govt working with RBI to due to impact of Coronavirus

31/07/2020/10:16:pm
News Delhi: Union Finance Minister Nirmala Sitharaman said that the government is working with RBI on the Industry’s need for the restructuring of loans...

One crore migrant workers returned to their state during lockdown: Govt

19/09/2020/8:47:pm
New Delhi: The government on Friday reported that more than one crore migrant workers went back to their states during the Kovid-19 epidemic and...