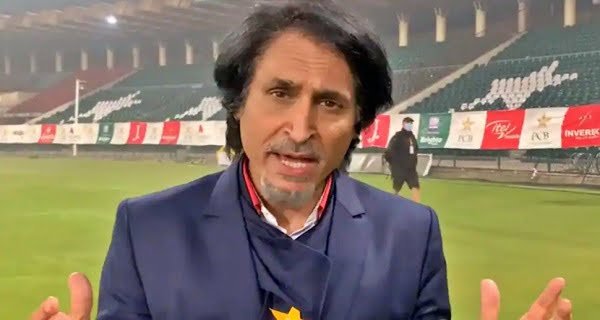 Karachi: Pakistan Cricket Board (PCB) chairman Ramiz Raja is expected to start the women’s Pakistan Super League (PSL) in the near future. BCCI is currently conducting only the T20 Challenge. In the video posted by PCB, former captain Raja talks about Pakistan’s performance in the current T20 World Cup (T20 world cup 2021) to the home series against Australia and England. It is known that the team of Australia will visit Pakistan next year. Kangaroo team will tour Pakistan after 24 years. At the same time, on November 11, the teams of Pakistan and Australia will clash in the semi-finals of the T20 World Cup 2021.

Rameez Rameez said, ‘Women’s PSL is on my mind. Hopefully, we can become the first cricket board in Asia to launch a women’s T20 franchise league. It will also include players from England. This is the first tournament of its kind. Australia currently hosts the women’s Big Bash League, while England held the opening ‘The Hundred’ tournament for men as well as women.

The Indian board is also preparing
According to the information, BCCI is planning to start Women’s IPL. In this 4 to 5 teams can be given a chance. Earlier, the Women’s T20 Challenge was started by the board in 2018. There was only one match in the first season. There were 4 matches between 3 teams in 2019 and 2020. Apart from India, players from South Africa, England, Bangladesh, Sri Lanka, West Indies and Thailand also landed in 2020.

It is known that from IPL 2022, 10 teams will not play instead of 8. Lucknow and Ahmedabad 2 new teams are associated with the league. Now instead of 60, 74 matches will be played. Since then, it is expected that the women’s IPL can also be started soon by the board.

Medical system disrupted in Bihar due to strike of junior doctors, more than 100...

29/12/2020/10:48:am
Patna: Bihar Junior Doctor Strike continues in the sixth day also. The health strike of Bihar is being affected by the doctors' strike. The...

13/05/2021/9:00:pm
New Delhi: There has been a lot of information about the Corona Vaccination campaign launched in the country. According to which the Central Government...

On increasing negligence of the people – there is no guarantee of vaccination to...

Decision to stock LPG, evacuate schools in Kashmir, amid tension from China

28/06/2020/11:05:pm
Srinagar: Tensions between India and China have been increasing since the violent clash in Ladakh. Meanwhile, after the order of the Government of Jammu...