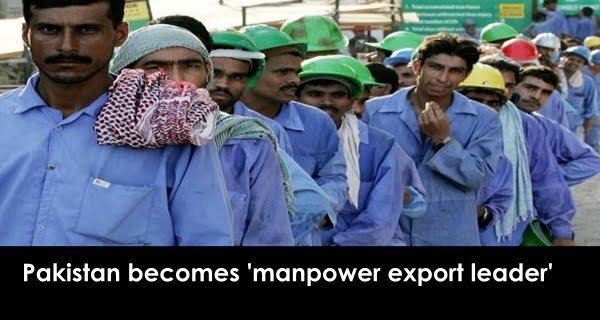 Pakistan’s Ministry of Overseas and Human Resources tweeted that Bangladesh sent 217,699 workers abroad for the purpose of employment last year while India sent 94,145 people out.

According to the Pakistani ministry, “Pakistan has become the ‘manpower export leader’ in the region despite the pandemic. In 2020, Pakistan overtook India and Bangladesh in terms of sending out human resources. “

According to the Pakistan Economic Survey data, during 2020 a total of 136,339 people went to Saudi Arabia, 53,676 to UAE, 10,336 to Oman, and many other countries. The Economic Survey states that the ministry is trying to promote the deployment of Pakistani human resources by exploring new job markets in the world.

According to the AFP report, Pakistan has benefited financially by sending laborers abroad. Money orders sent by workers brought in more than $2 billion in May. According to the Pakistani Central Bank, the US $ 2.5 billion in money entered Pakistan in May. This is 33.5% higher than the same period last year.

Let us tell you that Pakistan is giving more emphasis on the problems of its expatriate citizens. Prime Minister Imran Khan had recalled the ambassador and six other officials from Saudi Arabia in April 2021. Because complaints were lodged against these officials by the Pakistani community living in the Kingdom. The six officials who have been issued recall orders were employed in the diplomatic, community welfare, and consular wing of the embassy.

24/05/2021/10:26:am
New Delhi: Yog Guru Ramdev on Sunday withdrew his recent statement on allopathic medicines, which was strongly opposed by the medical fraternity. Responding to...

26/06/2020/11:06:am
Washington: US President Donald Trump has expressed his intention to nominate Indian-American Vijay Shankar as a judge in the Supreme Court in the country's...

17/07/2021/1:21:pm
Bengaluru:  The pandemic may have slowed down traffic from the general public but it has not reduced the number of road accidents that India has...