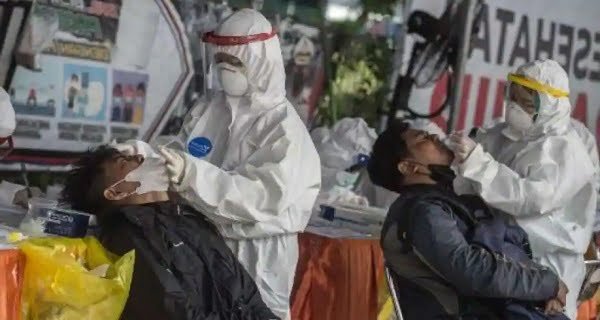 Jakarta: The devastating wave of coronavirus infection in Indonesia has created an oxygen crisis in the country and the government there is calling for supplies from other countries including Singapore and China. is putting Until just two months ago, the Southeast Asian nation was helping oxygen-starved India by donating thousands of tankers to it.

Indonesia’s minister in charge of global pandemic action, Luhut Binsap Pandjaitan, said a consignment of more than 1,000 oxygen cylinders, concentrators, ventilators, and other health equipment arrived from Singapore on Friday. After this 1,000 ventilators from Australia also arrived here. Pandajaitan said that in addition to these donated supplies, Indonesia is planning to purchase 36,000 tons of oxygen and 10,000 concentrators that generate oxygen from neighboring Singapore.

He said he was in touch with China and possible oxygen sources. The US and the United Arab Emirates (UAE) have also offered help. White House Press Secretary Jen Psaki said, “We understand the situation in Indonesia in difficult circumstances as the number of Covid cases increases.” He said that in addition to sending vaccines, the United States is working to increase aid to Indonesia in its wider COVID-19 relief efforts.

Overall, Indonesia, the world’s fourth most populous country, has more than 2.4 million cases of coronavirus infection and 63,760 deaths from COVID-19. These figures are believed to be far from the actual numbers due to low testing and poor methods of tracing the infected. On Thursday, Indonesia had the highest number of confirmed cases in a single day at 39,000. There is no room left in hospitals in Indonesia, with the sick dying at home or waiting to receive emergency care.

Sale will start on Amazon, see which products will get discount

Explosion in a multi-story building in Baltimore, US, 23 seriously injured

24/12/2020/3:04:pm
Baltimore (America): An explosion in a multi-story building in Baltimore, US, injured 23 people and some sanitation workers were trapped on a scaffolding outside...

Now Britain has put India on ‘Red List’, will not be able to go...