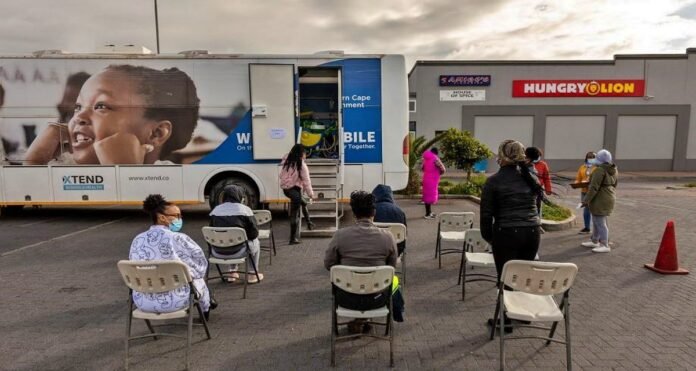 Durban: The new variant of Coronavirus, Omicron Variant, is spreading rapidly all over the world. In the last one week itself, it has reached from South Africa to 25 countries. The worst situation is going on in South Africa. Omicron cases have doubled here in a single day. How worrying the situation is, it can be gauged from the fact that a lockdown of Level One has been imposed in South Africa. Markets are closed, roads are deserted and people are again seen imprisoned in the walls of their homes.

A total of five types of lockdowns can be imposed in South Africa. In this, the strictest lockdown is considered to be of the fifth category. For now, people are getting worried about the first category of lockdown. Traders are telling that their business has come to a complete standstill. The damage is also being done because many countries have imposed a travel ban on South Africa. Many countries like America, Canada, Brazil, Thailand, Australia, Singapore are included in this list.

The first case came to the fore on 24 November
The first case of the Omicron variant was reported in South Africa on 24 November. At that time itself, the Ministry of Health had informed that a new variant of Corona has been found in their country, which has been mutated more than 30 times. There is a fear that this variant may spread much faster than other variants. The number of patients in the country is continuously increasing. In the last 24 hours also, more than 11 thousand cases have been reported. Hospitals are full of patients and health services are crumbling.

77 samples were taken from Gauteng province
Around 15 November, 77 samples were taken from Gauteng province and sequenced. After a thorough investigation, experts came to the conclusion that this is a new variant of the coronavirus. Its gene was not being caught because it has been mutated. The World Health Organization named this new variant B.1.1.529, ie Omicron. It was declared a worrying variant on 26 November. Since then this new variant has been found in 24 countries.

Mild symptoms in all patients
Meanwhile, South African scientists, who told the world about the Omicron variant, have made a relief claim. These scientists have said that the Omicron variant of Corona has got mild symptoms from the Delta variant at the primary level. Dr. Angelique Coetzee, head of the South African Medical Association, said that in the new variant, patients are getting symptoms like fatigue, body aches.

Osama bin Laden’s brother’s mansion is about to be sold, it is empty for...

Now in Sri Lanka, there will be a ban on the burqa, know why...

China may be badly implicated on allegations of human rights abuses of Uighur Muslims,...

India got the first gold, Mirabai Chanu became the champion in...