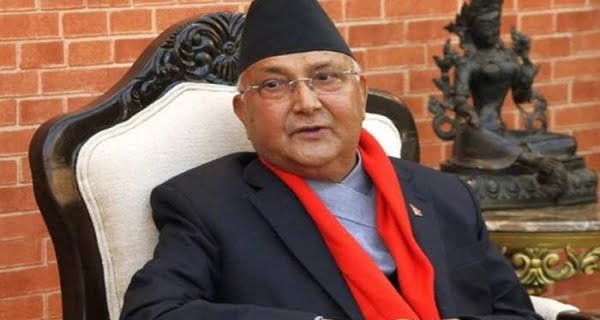 Kathmandu: K P Sharma Oli is going to take oath as the Prime Minister of Nepal for the third time on Friday. He was reappointed to the post on Thursday when opposition parties failed to win a majority in Parliament to form the new government. President Vidya Devi Bhandari appointed 69-year-old Oli, the chairman of CPN-UML, as prime minister again on Thursday night. Three days before this, he had lost a key vote of confidence in the House of Representatives. Prior to this, he was Prime Minister from October 11, 2015, to August 3, 2016, and again from February 15, 2018, to May 13, 2021.

The President will administer the oath of office and secrecy to Oli at a ceremony at Shital Niwas on Friday at 2:30 pm local time. After Oli lost the trust vote in the House on Monday, the President gave the opposition parties up to nine pm on Thursday to file a claim to form the new government with a majority. By Thursday, Nepali Congress President Sher Bahadur Deuba was expected to get enough votes in the House to stake his claim as the next Prime Minister. He was supported by Pushpanmal Dahal ‘Prachanda’, President of the CPN-Maoist Center.

But after meeting with Oli at the last minute, Deuba’s dream of becoming the next Prime Minister was shattered when Madhav Kumar changed Nepal’s stance. Oli will now have to get a vote of confidence in the House within 30 days, failing which an attempt will be made to form a government under Article 76 (5) of the Constitution. The CPN-UML headed by Oli is the largest party in the 271-member House of Representatives with 121 seats. Currently, 136 seats are needed to form the government.

US officially ends relationship with WHO

08/07/2020/8:33:pm
Washington: US President Donald Trump's administration has officially informed the United Nations of ending all ties with the World Health Organization amid the spread...