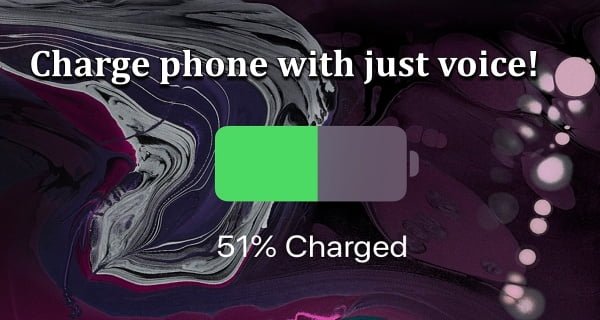 Xiaomi can use this patent for a sound charging device, an energy storage device, and an electronic device. These devices will collect the sound and convert it from environmental vibration to mechanical vibration.

To convert this mechanical device into an electric current, Xiaomi will also give a device to the customers. This device will convert AC current into DC current. The company claims that this technology will charge smartphones and other devices without a power socket.

The company said that it is working on new charging technology, through which household items such as smart speakers, desk lamps, smart appliances, and other items can be charged. No official statement has been made by the company yet regarding the launch of Mi Air Charging Technology.

10/12/2020/2:01:pm
Abu Dhabi: Israeli Prime Minister Benjamin Netanyahu has announced that the vaccination of people in his country to prevent coronavirus infection will begin on...

27/07/2020/9:54:pm
Raipur: The Chhattisgarh government has decided to extend the lockdown till August 6 in other urban areas, including the capital Raipur, Bilaspur and Durg,...

06/09/2020/6:32:pm
Berlin, Germany: Neato Robotics, a leading provider of intelligent robot vacuums for the home, today announced the launch of the newest models for its...

In lieu of China changing power in the US, China asked Biden to bring...

21/01/2021/10:30:pm
BEIJING: Seeing relief after US President Joe Biden was sworn in (Oath Ceremony) on Thursday, China (China) expressed its closeness to the new US...