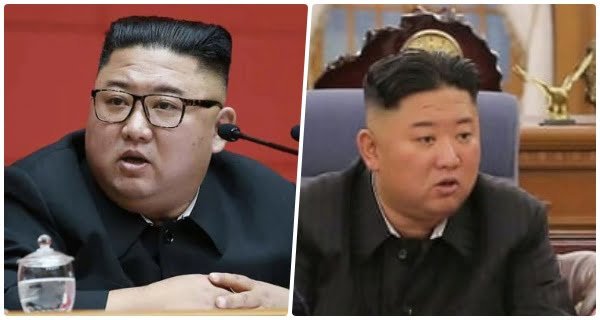 Seoul: The weight of North Korea’s leader Kim Jong Un is continuously decreasing. It is being told that his weight has reduced by about 10 to 20 kg. On the one hand, the often speculations about his health regarding the decreasing weight have got air again. On the other hand, there is concern among the people of South Korea about their sudden reduced weight.

According to a report, some pictures of Kim have surfaced during the party’s important meeting held in the past, on the basis of which it is being said that, her wrist has appeared less thick than before, the face has also become thinner than before. After watching many videos before and after, it is known that Kim Jong Un has lost a lot of weight.

The news agency Reuters has said that the people of North Korea have started worrying due to his sudden weight loss. In this, a citizen of Pyongyang has been quoted as saying that this news is heartbreaking for all citizens.

From the pictures of Kim recently released on social media, it seems that she has lost a lot of weight. His watch is already looser and his face looks thinner. Some analysts say that the 5-foot-eight-inch tall Kim weighed 140 kg earlier and has now lost perhaps 10 to 20 kg.

According to some media reports, analysts say that the five feet eight inches tall Kim weighed around 140 kg earlier. Hong Min, a senior analyst at the Seoul-based Korea Institute for National Unification, said Kim’s weight loss appeared to be an attempt to improve her health rather than a sign of illness. Many members of Kim’s family, who drink heavily and smoke, have been suffering from cardiovascular diseases.

23/08/2020/8:40:pm
Mumbai: After the controversy over the Delhi violence book 'Delhi Riots 2020: The Untold Story', its publisher Bloomsbury India withdrew from its publication. At...

16/05/2021/8:05:pm
Mumbai: The Bollywood superstar did so after actor Salman Khan's much-awaited film 'Radhe: Your Most Wanted Bhai' was leaked on piracy (copyright-stealing) sites. People...

29/08/2020/10:51:am
New Delhi: Expressing strong objection to the coverage of the Sushant Singh Rajput case by several media institutions, the Press Council of India (PCI)...

How many antibodies in which state of the country, know all in the ICMR...