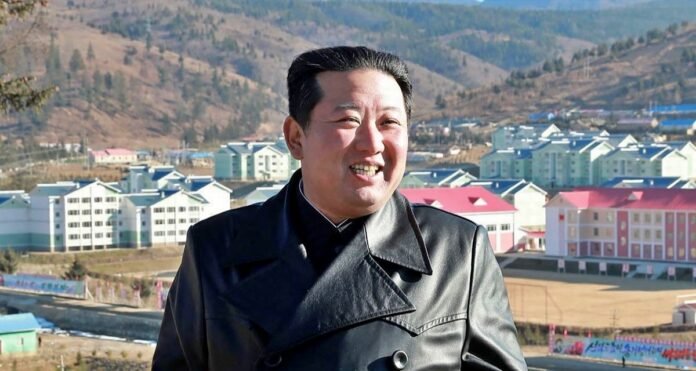 Pyongyang: Have you ever heard that wearing leather coats is forbidden in some countries? If you haven’t heard, then listen now. The government of North Korea is doing this these days. In North Korea, the police are confiscating Leather Trench Coats by roaming around these days. According to reports, North Korean dictator Kim Jong-un says that all leather jackets and leather trench coats should be confiscated so that no person in the country can copy his style.

According to the report of ‘Daily Star’, police officers in North Korea say that if any person in the country wears a leather coat, then he is put in the category of Kim Jong Un’s crime. Police say that wearing a coat like a dictator is disrespectful. That’s why they are being confiscated. To prevent people living in North Korea from buying leather coats or jackets, the police are raiding shopkeepers and confiscating coats. So far, action has been taken in many places.

Kim Jong Un’s style became famous in 2019
Let us tell you that the trench coat of North Korean dictator Kim Jong-un became quite famous in 2019. After this, on many occasions, Kim Jong Un has been seen in a similar coat. Seeing Kim Jong Un in such a coat, its craze in the market has increased a lot. People are asking for coats to look like Kim Jong. However, the police is not allowing them to do so.

Coats come from china
According to reports, all the coats of dictator Kim Jong Un are specially ordered from China. However, this is not the first time that Kim Jong Un has banned copying his own style. Earlier there was news that copying the hairstyle of dictator Kim Jong-un was also banned. The administration had ordered the hairdresser not to make a dictator-like hairstyle.