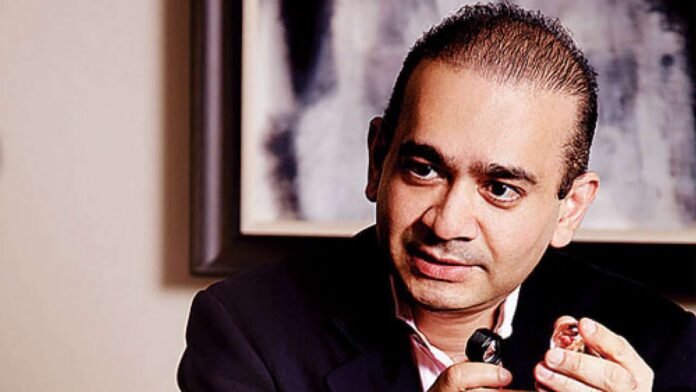 New York: Diamond businessman Nirav Modi, who ran away from India’s banks with a loan, has suffered a major setback from a New York court in America (United States). The court has rejected the petition filed by Nirav Modi and his associates to quash the allegations of fraud.

These allegations against fugitive businessman Nirav Modi were leveled by Richard Levine, who was appointed by the court as trustees of three American corporations Firestar Diamond, Fantasy Inc, and A Jaffa. These three corporations were earlier owned by Nirav Modi. Levin also sought a minimum compensation of $1.5 million for damages caused to borrowers of Nirav Modi and his associates Mihir Bhansali and Ajay Gandhi.

Southern District of New York Bankruptcy Court Judge Sean H Lane issued the order last Friday. This has dealt a big blow to the Indian fugitive and his associates. Indian-American lawyer Ravi Batra told news agency PTI in this case that the judge in a categorical judgment rejected the motions to dismiss the amended complaint of US trustee Richard Levine against Nirav Modi, Bhansali, and Ajay Gandhi.

Explaining the 60-page court order, advocate Ravi Batra said that Nirav Modi had falsely inflated the stock price/company valuation by hatching a scheme to defraud Punjab National Bank and other banks to the tune of over $1 billion. His profits were returned to his company in the form of additional sales. Batra said that he committed a separate fraud to hide those withdrawals for personal gain in order to get money wrongly received from his companies by bank fraud. as if they were normal business transactions.

Levin’s petition sought damages from Nirav Modi and two of his associates for damages caused to debtors and their assets as a result of their six-year international fraud, money laundering, and embezzlement scheme, according to the court’s order.

Let us tell you that earlier in late August, a special court in Mumbai had allowed Punjab National Bank (PNB) to take possession of properties worth Rs 500 crore of companies of fugitive Nirav Modi. This was the third such order in a span of almost two weeks, in which such possession of properties worth about Rs 1,000 crores owned by Nirav Modi’s companies has been granted.

Nirav Modi was declared a fugitive economic offender in December 2019 while his relative Mehul Choksi is accused of defrauding PNB to the tune of Rs 14,000 crore. The Enforcement Directorate has attached several properties of both of them. Nirav Modi is currently in a UK jail and is facing an extradition trial in India.

Shoaib Aftab to become the first doctor in the family, created history by scoring...

26/05/2021/10:50:am
New Delhi: Triumph has launched an updated version of its Bonneville Bobber bike. Whose Pan India ex-showroom price has been kept by the company...

27/07/2021/10:04:pm
Washington: An influential US lawmaker said that the visit of Chinese President Xi Jinping to Tibet last week is a threat to India. Xi...