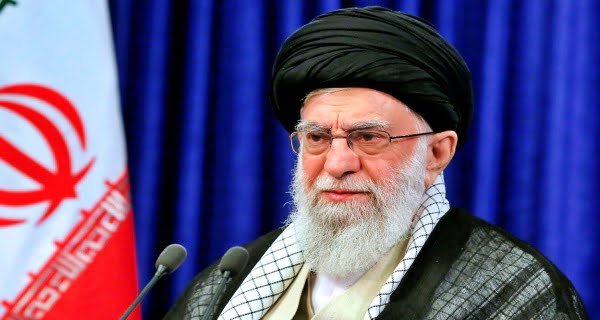 Tehran: Judicial authorities have banned a newspaper for publishing an alleged photo of Supreme Leader Ayatollah Ali Khamenei in Iran. In Saturday’s edition, the newspaper had on the front page a graphic picture of a hand resembling that of Supreme Leader Ayatollah Ali Khamenei. In the picture, a hand resembling Khamenei’s hand was shown drawing Iran’s poverty line. Let us tell you that the public’s anger at the declining economy of the country has been increasing.

Semi-official news agency ‘Mehr’ reported that Iran’s media watchdog has shut down the daily newspaper ‘Kelid’ because of an article on the front page of the said newspaper on Saturday, titled ‘Life below the poverty line’ Millions of Iranians living there.

A picture was drawn under the title, in which a man is holding a pen in his left hand and is drawing a red line. Below it is shown to the general public. This graphic matches an old drawing of Khamenei, in which he is writing something on a piece of paper with his left hand. He has a ring on one of his fingers which he often wears. His right hand has not worked since the 1981 bombing.

State news agency IRNA said that Keleid has been closed. The reason for this has not been clarified. There has been no response from Kelid on this. The website of the newspaper has also been closed.

Consent reached on seat sharing in BJP-JDU, will contest elections on this formula

04/10/2020/1:00:pm
Patna: There is finally agreement on seat sharing in NDA for the upcoming assembly elections in Bihar. According to information received from sources, after...