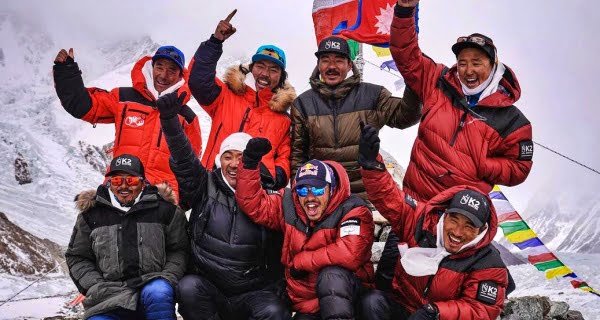 Pakistan’s Alpine Club secretary K.K. Hydari said that a team of 10 Nepali Sherpas reached the summit (K2) at around 5 pm. In winter, winds of more than 200 kilometers per hour are carried on ‘K2’ and the temperature goes down to minus 60 degrees Celsius. Hydari said that no one had achieved this feat in the winter before. He told that about a month ago four international teams of climbers came to visit K2.

Hydari said that out of these teams, the 10-member team of Nepal succeeded in winning ‘K2’. In 1988, an attempt was made to reach ‘K2’ in winter. It is located in the Karakoram range bordering Pakistan with China. Hydari said that no climber had been able to go above 7,750 meters before now, but the clear weather on Saturday played an important role in the success of the Nepalese team.

This is why International Women’s Day is celebrated on 8 March, know what is...

12/07/2020
New Delhi: In the political drama of Rajasthan Congress, Jyotiraditya Scindia, an old Congressman, has been entered. Scindia justified the displeasure of Sachin Pilot...

19/09/2020
LACHEN, Switzerland:  Octapharma is pleased to announce that the first site for the international PRO-SID (Primary Infection Prophylaxis with Panzyga® in Secondary Immunodeficiency in Chronic Lymphocytic...

Will herd immunity be prepared in India before vaccine? Health Ministry replied

30/07/2020
New Delhi: Coronavirus figures are increasing rapidly in India. However, the news of relief among them is that the recovery rate in India is...

26/09/2020
Tokyo: Japan's new Prime Minister Yoshihide Suga has said that he and Chinese President Xi Jinping agreed on Friday to work together, including high-level...