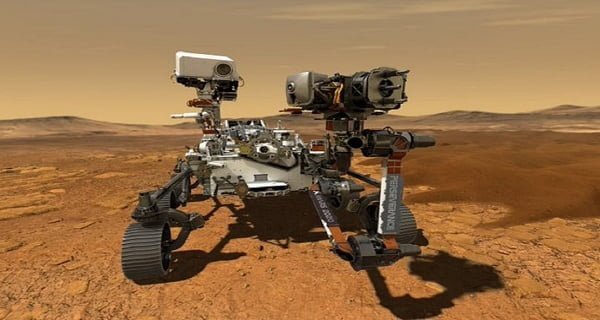 Washington: NASA’s Mars Perverence Rover is constantly making new discoveries. Recently, Rover has created history by converting some of the atmospheric carbon dioxides into oxygen. According to the US Space Agency, this has happened for the first time on any other planet. This technology demo took place on 20 April. This can pave the way for future searches.

“This is the first important step to convert carbon dioxide into oxygen on Mars,” said Jim Reuters, Associate Administrator of the Space Technology Mission Directorate of NASA’s Space Tenasa. It is being said that this process can not only prepare oxygen for future astronauts. Rather, it can relieve the work of transporting oxygen from the earth for the return journey.

The Mars Oxygen In-Situ Resource Utilization Experiment ie MOXIE is a box shaped like a golden car battery. It is installed inside the front of the rover. This thing, called a ‘mechanical tree’, uses electricity and chemistry to break carbon dioxide molecules. It also produces carbon monoxide as a byproduct.

In its first run, MOXIE produced 5 grams of oxygen. This is equivalent to breathing oxygen for 10 minutes for an astronaut engaged in common activities. The engineers at MOXIE are now considering further test runs. It has been prepared according to make 10 grams of oxygen per hour. The thin gold coating on it ensures that it will not radiate heat and will not heat the rover. Perceivers landed on the red planet on 18 February.

04/04/2021
Chhattisgarh: On Saturday, there was an encounter between the security forces and Naxals in the border area of ​​Bijapur and Sukma district of Chhattisgarh....

Liquor will also be available in shopping malls in UP, license process will start...

25/07/2020
Lucknow: Now the shopping malls of Uttar Pradesh will also be able to get wine. The government has issued an order for this by...

Netflix will be completely free for 2 days, know when and how to take...

09/07/2020
New Delhi: It is very strange but facts cannot be denied. And the latest update in the case of Corona is that patients whose...