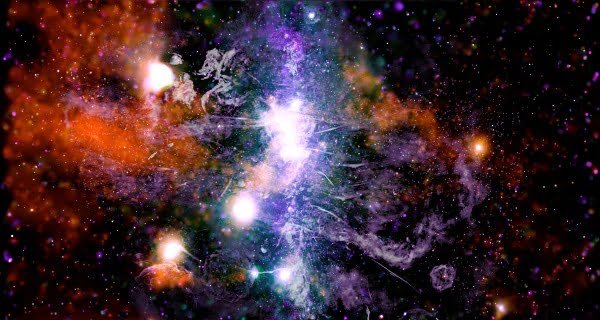 Cape Canaveral: The US space agency NASA has released a stunning picture of the raging and highly energized “downtown” of our galaxy. “Downtown” is the place of the galaxy that is at its very center.

This picture is the result of 370 ‘Observations’ conducted by the lunar X-ray Observatory, which has been orbiting the Earth for the last two decades. It captured the images of billions of stars and black holes in the center of the Milky Way (galaxy), after which this picture has emerged.

A South African radio telescope has also contributed to this picture. Astronomer Daniel Wang of the University of Massachusetts Amherst said on Friday that he spent a year working on it while at home during the epidemic.

Wang said in an email, “What we see in this picture is the ragged or over-energetic ecosystem of our galaxy downtown.”

Why Pfizer is ready to give Corona Vaccine in India without profit?

22/04/2021/9:58:pm
New Delhi: The cases of coronavirus epidemic are increasing in the country. Every day frightening figures are coming out. The central government is giving...

28/06/2020/11:46:am
Bhopal: The cabinet of Shivraj Government of Madhya Pradesh (Madhya Pradesh) can be expanded soon. It is being told that Chief Minister Shivraj Singh...

17/02/2021/9:44:pm
New Delhi: German sportswear company Adidas is preparing to sell its famous shoe brand Reebok. The performance of this brand has not been doing...