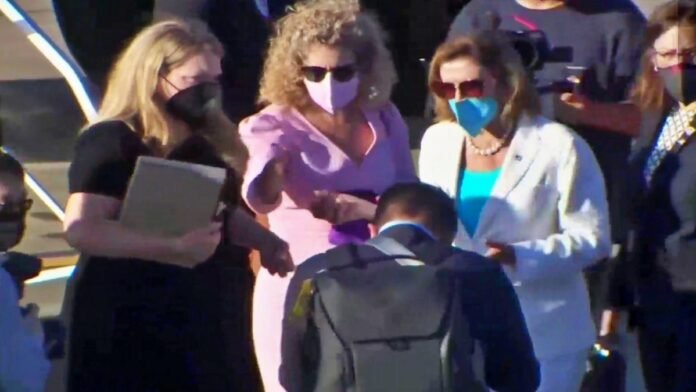 Significantly, despite opposition from China, a delegation led by Pelosi is meeting several leaders in Taiwan. At the same time, US House of Representatives Speaker Nancy Pelosi said in Taiwan today that the US will not back down from its commitments to the self-governing island.

In a brief statement after meeting with Taiwanese President Tsai Ing-wen today, she said, “Today the world faces the challenge of choosing between democracy and autocracy. America’s commitment to defending democracy in Taiwan and everywhere around the world remains unshakable.”

Let us tell you that China, which has declared Taiwan its territory and opposed talks with foreign governments of Taiwanese officials, announced several military exercises around the island after the US delegation arrived in Taiwan’s capital Taipei on Tuesday night. Strong statements have also been issued.

However, in the midst of a war-like situation between China and America over Taiwan, now Pakistan has also openly supported the dragon. In fact, Pakistan said that it supports the policy of one China. It is in favor of China’s right to sovereignty and territorial integrity. Pakistan said that it is very concerned about the situation in the Taiwan Strait and stands with its friend China.

Biden’s son gets a lot of money from Russia, China: Trump

28/09/2020/8:04:pm
Washington: US President Donald Trump has alleged that Hunter, the son of Democratic presidential candidate Joe Biden, has received large sums of money from...

25/10/2020/9:38:pm
Rangoon: To encircle India, China has been investing heavily in neighboring countries for the last several years. On Sri Lanka, China's debt increased so...

09/02/2021/3:29:pm
Mumbai: Veteran actor Rajeev Kapoor, the younger brother of late actor Rishi Kapoor and Randhir Kapoor, has died of a heart attack. He was...

WHO also worried about Omicron, said – the number of deaths may increase

14/12/2021/8:46:pm
Geneva: The World Health Organization (WHO) has expressed apprehensions that the number of hospitalizations and deaths may increase due to the new variant of...

Afghanistan should not become a threat to neighboring countries – Putin...

US-Taliban peace deal based on terms of its implementation: Khalilzad