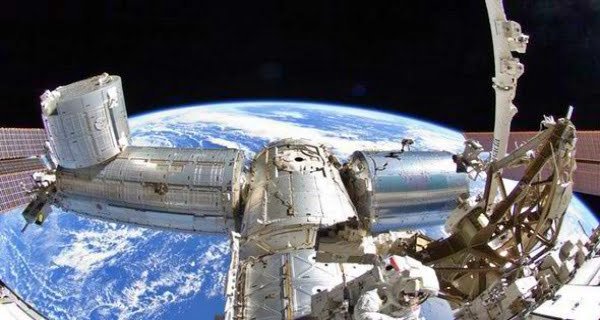 Every day different things are made on earth. From a pin to a plane, from a one-room house to a 20-floor building, all the countries of the world keep on building something or the other. But have you ever thought that out of everything that is built on this earth, which is the Most Expensive Thing Ever Built on Earth, and what is its cost?

Is the Expensive Thing on Earth the Burj Khalifa building or a precious diamond, or a businessman’s bungalow or something else? Let us tell you that the most valuable thing made on the earth is not actually present on earth, it is outside the earth. According to a report by CNBC, the International Space Station is the most expensive thing ever built in the world. The value of this space station is $ 150 billion i.e. $ 15 thousand crores. If it is estimated in rupees, then even the calculator will not be able to calculate it.

International Space Station was started by funding many countries
According to reports, NASA spends $ 400 million every year to maintain the International Space Center. It was so difficult to set up the entire system of the space station that many countries had to contribute to building this space center. America, Russia, Europe, Canada, and Japan had given funds to build this center. If you are thinking that the space center is studded with diamonds or precious gems that is why it is so expensive, then you are wrong. According to the report of the Grunge website, the space station’s lab, and other facilities are so modern that all this money has been spent on making them. Astronauts from different countries live in the International Space Station, which started in November 2000, who studies on other planets by living in space.

Astronauts grew chilies in space
Much interesting news related to the space station keeps coming out from NASA. Recently it was learned that the National Aeronautics and Space Administration (NASA) curated a unique chili plant for 4 months in space and grew chilies in it. When these chilies became big, the astronauts used them to make special dishes. Astronauts on the ISS made tacos and parties using chilies for the celebration. An astronaut named Megan McArthur posted pictures of the tacos and showed how the dish was made with fresh chili.

06/08/2020/9:41:pm
New Delhi: Fake news and rumor-mongers are no longer on instant messaging app WhatsApp. This is because WhatsApp has launched a new feature to...

UN raises questions regarding new Indian IT rules, dispute between government and Twitter...

10/08/2021/8:38:pm
New Delhi: There is a continuous ruckus in the Rajya Sabha by the opposition parties regarding Pegasus Spy Case and all three agricultural laws....

11/07/2021/8:15:pm
Islamabad: Pakistan is battling the fourth wave of the Covid-19 pandemic. The number of people found infected with the coronavirus every day in the...