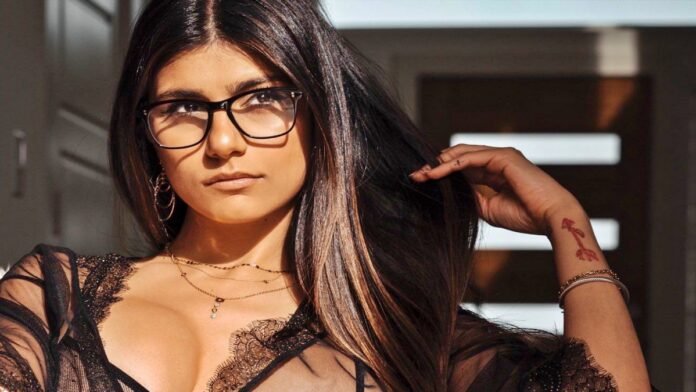 Mumbai: Former porn star Mia Khalifa recently shared two pictures on her Instagram. In a picture of which she is seen sitting on a table. A wine bottle is kept with him. She is very happy in the picture. At the same time, the second picture shared by him is of a wine bill. Which is really shocking. The cost of this liquor kept with him is Rs 2,37,727 according to Indian currency. Which she is enjoying sitting in a bar in Lebanon. Mia Khalifa has also given the reason behind buying such expensive liquor. Actually, Mia Khalifa was born in Beirut, Lebanon.

He has remembered some moments through wine. Mia Khalifa wrote in her caption, ‘My friends thought that even when I hardly drink alcohol. So I was crazy to order a $3,000 bottle of wine, but that’s more than the wine to me. It is a piece of history from the happiest times in Lebanon. Before the civil war, before the Beirut explosion, before economic destruction, before air raids, before heartache and mass migration, before geopolitical and socioeconomic tensions, before goodbye and Please send prayers and donations, Many of us were even born before we knew what Lebanon was like.

It was beautiful to taste old white wine that had turned dark and sour just like the country where the grapes grew. But the aftertaste stunned me… like butter and honey. Smooth, like the warmth of whiskey, with long-lasting notes of sweetness. Just like the country. At its core, Lebanese simply want to live, eat, dance, and die in peace on our beautiful land and buried in the soil that grows these magical grapes. 4 August Beirut fans are liking this post very fast. People are also sending him love through captions. So far more than three and a half lakh people have liked this post of his.

You can get subsidy on LPG cylinder again, the government has prepared a master...

28/09/2021/12:06:pm
New Delhi: Important news about LPG subsidy is already there. It is reported that the Ministry of Petroleum and Natural Gas is evaluating the...

If you pay through mobile, you must read this news, Mobikwik has leaked data...

Court directive to Delhi Police, provide copy of charge sheet to Kanhaiya and others

Himesh Reshammiya is back with its sequel; set to launch new ‘Surroor girl’

Survey claims- BJP in UP, AAP may form government in Punjab, know the condition...

118-year-old Sister Andre of France is the oldest lady on the...