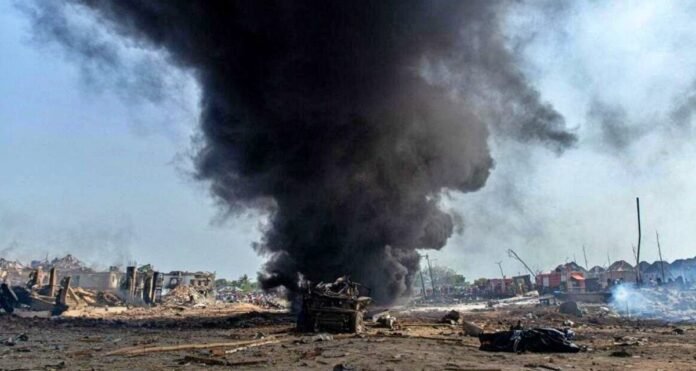 New Delhi: The news of a horrific explosion in the West African country of Ghana is coming to the fore. 17 people have died in this incident. Also, 59 people are said to be injured. This news has been confirmed by the news agency AFP. This blast took place in the western part of the country.

It is to be known that a vehicle carrying explosives used in mining collided with a motorcycle in the western area and exploded. According to the report, 17 people have died in this incident. While 59 people are said to be injured.

It should be noted that after this accident, its videos are being increasingly shared on social media. Dozens of buildings are seen falling down. People have been asked by the administration to move away from the area of ​​the incident as a precautionary measure in view of their safety.

Flood havoc, cars washed away in water, many houses damaged in Spain