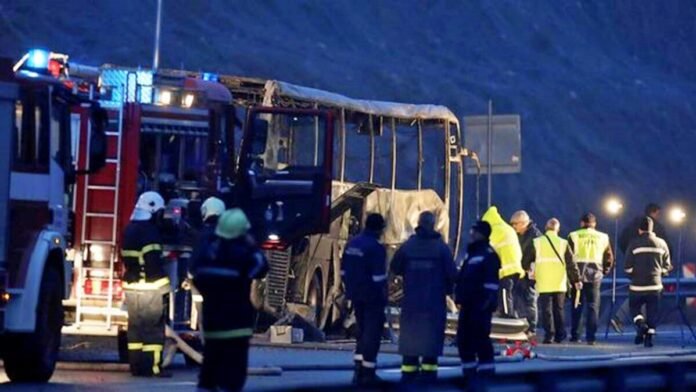 Sofia: At least 45 people were killed in a bus accident in Bulgaria late on Monday night. Officials said on Tuesday that the bus was registered in North Macedonia. The accident happened late Monday night at around 2 pm. Children are also among the casualties.

Seven people have been admitted to the hospital. Bulgaria’s news committee Novinite reported that representatives of the Macedonian embassy visited a hospital where some of the injured have been admitted. The cause of the accident is yet to be ascertained.

Third Wave may hit end of August, May Not be as Deadly as Second...

14/07/2021/9:24:am
Srinagar: According to news, an encounter has started between security forces and terrorists in the Pulwama district of Jammu and Kashmir on Wednesday. Along...