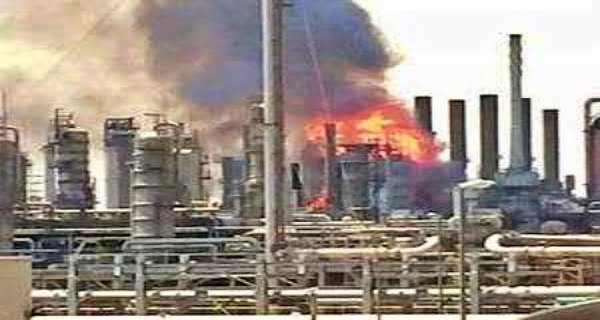 Dubai: A major oil refinery in Kuwait caught fire on Monday. There was no immediate report of any casualty in this incident. The government oil company gave this information. According to Kuwait’s ‘National Petroleum Company’, a fire broke out at the main Mina Al-Ahmadi oil refinery located on the border with Saudi Arabia, north of Kuwait’s the Persian Gulf. not impressed.

The refinery supplies 25,000 barrels of oil a day to supply mainly gasoline and diesel to Kuwait’s domestic market. Firefighters are trying to douse a blaze at a refinery’s unit that separates sulfur from oil products.

Residents of Kuwait’s coastal Faheel district reported hearing a horrific explosion and footage of plumes of black smoke rising over the highway was shared on social media. Kuwait has a total population of 4.1 million and is slightly smaller than New Jersey in the United States but has the sixth-largest known oil reserves in the world.