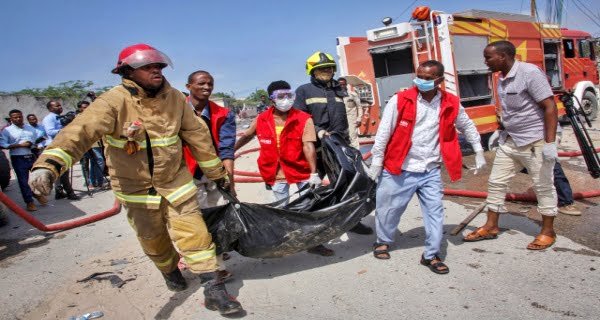 Mogadishu: At least nine people have been killed and eight others injured in a massive explosion in the Somalia capital. Health officials gave this information on Saturday. Dr. Mohamed Noor of Medina Hospital told reporters that the casualties were only those brought to the hospital in Mogadishu where he works.

“I am sure this number will be large as some of the victims may have been taken to other hospitals, including private ones,” he said.

The al-Shabaab extremist group has claimed responsibility for the attack. A Somali police spokesman said Mogadishu Police Commissioner Colonel Farhan Mohamed Karoleh was the target of the attack but was safe.

Police spokesman Said Adam Ali said: “A suicide car bomber armed with heavy explosives tried to target Mogadishu’s police commissioner. The attacker was sent on behalf of the al-Shabaab terrorist group. They damaged the vehicle of the police commissioner of Mogadishu.”

This is the second such major blast in the city this month. At least 10 people lost their lives last week in an attack targeting a tea stall. Last month, at least 15 people were killed in a suicide bombing attack on a military base in Mogadishu.

454 areas of 12 districts of Madhya Pradesh flooded, survey of damage to be...

KAL Publishes Whitepaper “TPMs Are the Root of All Security: No TPM = No...