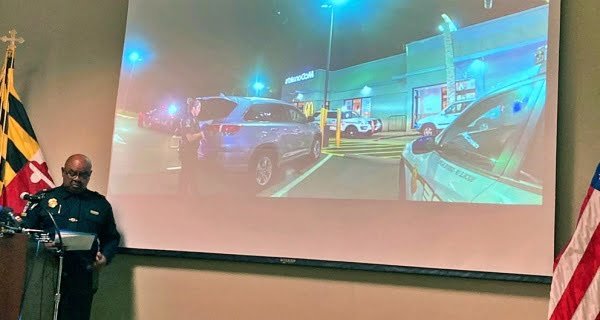 Gaithersburg (USA): a ‘Body Camera’ video has emerged in connection with the death of a 21-year-old black man in an encounter with police outside a McDonald’s restaurant in the US state of Maryland, in which Shortly before the police opened fire, the young man is seen sitting in a car parked in the parking lot. The cameras mounted on the bodies of police officers are called ‘Body cameras’.

Montgomery County Police Chief Marcus Jonas told a news conference about the 28-minute video and phone conversation between police and driver Ryan Leroux prior to the July 16 shooting. However, Jonas did not comment on whether Friday night’s firing was justified. Prosecutors are investigating the matter.

Jonas said that the police found a gun near Leroux. He did not say whether Leroux had pointed a gun at police or threatened police during the nearly 30-minute standoff. According to police, the incident happened Friday night after officers received a phone call that a man had ordered food at a McDonald’s restaurant in Gaithersburg, but he was not turning away from the restaurant’s drive-thru lane. Gaithersburg is about 48 kilometers from Washington. A drive-thru lane is a roadside passageway that allows people to place orders without getting out of their vehicle. A policeman, seeing a gun near the front seat of the accused’s car, called in additional force. Additional police officers secured the area and evacuated McDonald’s personnel.

Farmers will spend the night at the border, the march will start again in...

06/07/2020/8:21:pm
Indore: Due to the outbreak of Covid-19, this time, on the first Monday of the month of Shravan, the religious views of Mahakaleshwar Jyotirlinga...