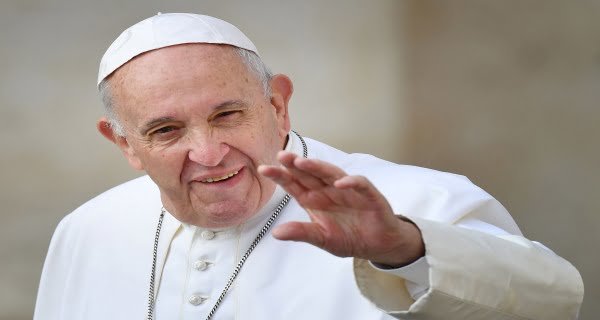 Rome: Pope Francis has said that the Coronavirus has proved that the “miraculous principles” of market capitalism have failed. He also said that the world needs a new kind of politics, which promotes dialogue and solidarity and rejects war at all costs. Francis released his vision paper for the post-pandemic world. It incorporates the basic elements of their social teachings. It is titled “All brothers are”.

The title of the letter has sparked controversy because it mentions the word “fratelli” (brother), which does not correspond to gender equality. However, the Vatican stated that the term is gender inclusive and that the document also covers women. In it, Francis also rejected the doctrine of the Catholic Church justifying war as a means of legitimate defense. He said that it has been widely applied for centuries but is no longer viable. He said that the epidemic has confirmed his belief that the existing political and economic institutions must be reformed so that the legitimate needs of those most affected by the epidemic can be met. Francis wrote, “Apart from different countries’ different ways of dealing with the Kovid-19 crisis, their inability to work together is clearly visible. He mentioned that the loss of jobs to millions due to the epidemic emphasizes the need that leaders must take care of the interests of mass movements, trade unions and marginalized groups and be more equitable. Social and economic policies should be formulated.

He wrote, “The weakening of the world system due to the epidemic has demonstrated that everything cannot be solved by market freedom. “He said that it is necessary to have a proactive economic policy, which leads to an economy that leads to meaningful diversity and business creation and makes it possible to create jobs, rather than cut them.” Francis once again rejected the “trickle down” theory of the economy, which talks about the benefits of economic growth percolating from top to bottom. He said that it did not achieve that in line with his claim. Francis’ human fraternity document mentions the brother-brother relationship between Catholics and Muslims.

02/12/2020
United Nations: A two-day special session on Covid-19 will be held at the United Nations General Assembly this week, bringing together world leaders, top...

10/07/2020
New Delhi: The strength of the Indian Air Force increased during amid tensions with China, with 22 Apache and 15 Chinook helicopters handed over...

Panvel to Be a New Livewire Centre – Residential, Commercial and Economic Activities

10/11/2020
Mumbai:  Navi Mumbai International Airport (NMIA) - a Greenfield international airport is coming up at Ulwe- Kopar- Panvel in NaviMumbai. It is developed as a...