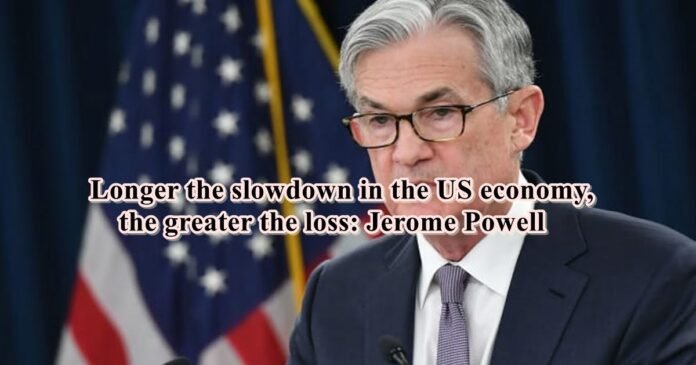 Washington: Federal Reserve Chairman Jerome Powell warned on Tuesday that the US economy could be in deep trouble. He said that amidst uncertainty about the timing of revival and its strength, a serious deterioration in the economy is expected. Powell said that the longer the recession continues, the greater the loss to the job market and business. In a statement before the US Parliament, Powell asserted that the Federal Reserve is committed to using all financial ‘tools’ to protect the economy from the damage caused by the Corona virus. However, unless the public is confident that the epidemic has been fully controlled, complete revival is not expected.

The chairman of the US central bank warned that the longer the decline in the economy, the greater its impact on people from the lower income group. This class has been most affected by the epidemic. Powell said that the longer the decline, the greater the loss of temporary jobs and the closure of companies. He said that the skills of workers may be affected if they remain unemployed for a long time, which will taint their chances of getting employment. He said that this epidemic is a big threat to small business areas.

25/07/2022/10:55:pm
Mumbai: The Reserve Bank of India (RBI) on Monday told the Mumbai High Court that it has incorporated several tactile features in notes for...

Break on 3 agricultural laws after three and a half months

12/01/2021/2:52:pm
New Delhi: The applications challenging the three new farm laws of the Modi government were heard in the Supreme Court on Tuesday for the...

Honor ceremony for Indian Army ex-servicemen in America, more than 140...

ISIS-K’s first target is to destroy Pakistan, said responsible for the...