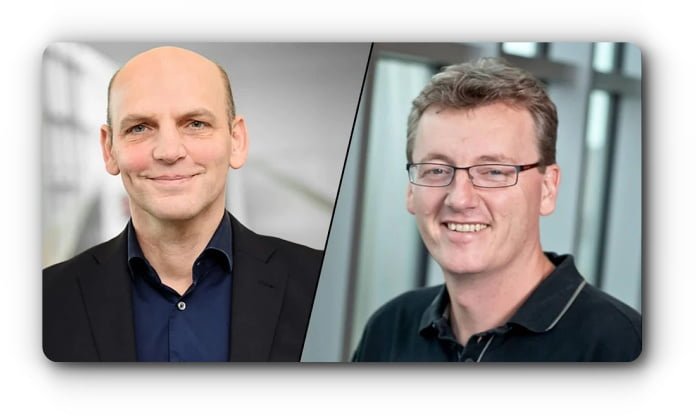 Stockholm: Two scientists were awarded the Nobel Prize in Chemistry Wednesday for discovering a “simple” new method of molecular construction. This new way of manufacturing molecules could be used to make everything from medicines to the flavor of food.

Pernilla Witung-Staffscheid, a member of the Nobel committee, said, “It is already greatly benefiting mankind.” It is a difficult and slow task. Until the turn of the millennium, chemists had only two methods, or catalysts, to speed up the process.

That all changed in 2000 when Liste of the Max Planck Institute and Macmillan of Princeton University independently reported that small organic molecules could be used to do the same thing as larger enzymes and metal catalysts. ‘Staffshed said,’ The new method, known as asymmetric organocatalysis, is widely used today. For example, it is used in drug discovery and in the production of chemicals.

Johann Eckvist, chairman of the Nobel Committee, described the new method as simple. “The fact that a lot of people have wondered why we didn’t think about it earlier?” he said. After the award was announced, List said the award was a “huge surprise” for him. “I didn’t expect it at all,” he said. He said he was on holiday in Amsterdam with his family when the call came from Sweden. “You really made my day today,” he told reporters over the telephone.

List (53) said that he did not initially know that Macmillan was working on the same subject. He said he thought his attempt might be a bad idea unless it was successful. “I thought it could be something big,” he said. List said the award would give him even more freedom in his future work. “I hope to live up to this, continue to discover more wonderful things for this recognition,” he said.

It is common for many scientists working in related fields to share the award. Last year, the Chemistry Prize was given to Emmanuel Charpentier of France and Jennifer A. Doudna of the US for developing a gene tool that has revolutionized science by providing a way to replace DNA. The prestigious award carries a gold medal and a sum of 10 million Swedish kronor (over $11.4 million). The prizes were established in 1895 by Swedish citizen Alfred Nobel.

The Nobel Prize Committee on Monday announced the awarding of the Nobel Prize in Medicine to American citizens David Julius and Ardum Patapusian. Three scientists from Japan, Germany, and Italy were selected on Tuesday for this year’s Nobel Prize in Physics for their work on complex systems, including increasing the understanding of climate change. The names of the Nobel laureates in the fields of literature, peace, and economics will be announced in the coming days.

15/01/2021/9:56:pm
Washington: In many countries of the world, the number of deaths due to coronavirus is steadily declining. But in the United States, the infection...

14/10/2021/9:44:am
New Delhi: There is always some controversy surrounding cryptocurrencies. From its mining to its use, questions always arise. Now the International Monetary Fund (IMF)...

Israel launched an airstrike on Syria