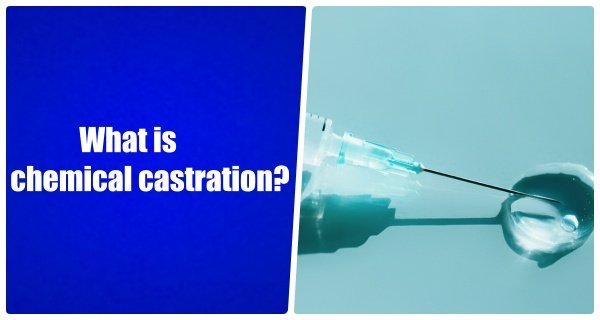 Islamabad: The Parliament of Pakistan has passed such a law, which will allow courts to punish rapists for making them impotent. According to the law passed on Wednesday, those caught in crimes like repeated rape and sexual abuse in Pakistan will now be punished with chemical castration. The government had introduced this bill a year ago. A procedure has been laid down for punishment under which government agencies will have to keep a record of sexual abusers and rapists. However, human rights activists and lawyers have called this punishment inhuman. The courts will have to complete the trial of the case within four months.

What is Chemical Castration?
Chemical castration uses chemicals to reduce a man’s sexual desire and lower his testosterone – the main sex hormone in men. This type of castration has been used as a punishment against sex offenders since the 1940s. In 2003, researchers Charles L. Scott and Trent Homberg said, ‘The use of hormone-based drugs to reduce psychotic sexual behavior in men is first mentioned in 1944.’

The bill states – ‘Chemical castration is a process approved under the rules made by the Prime Minister, in which a person is made incapable of having sex for life, for which the court will order the use of drugs. Which will be approved by a medical board.

This punishment was given to these people
Alan Turing, the father of modern computing and the great mathematician, was subjected to chemical castration in 1952 as a punishment for homosexuality.

Research says that after the implementation of chemical castration, there was a reduction in reoffending rates by 5 to 40%. Other countries of the world also say the same thing. But, its effectiveness has always been in question.

There was a debate about this in India too
In India, introducing this form of castration as a punishment for sex offenses has been debated since the 2012 Delhi gangrape and murder case, in which a 23-year-old physiotherapy student was brutally raped and assaulted by six men. had become a victim of Talking about the legal effect, senior advocate Abha Singh told Bhaskar that it is not very effective. It has to be given after a certain period. In the countries where it is being used, it is not very effective, but still, it is better to have something than nothing.

However, the provision to neuter rapists is being opposed by hardline Islamist groups. Senator Mushtaq Ahmed of Jamaat-e-Islami party called the bill anti-Islam and against Sharia. He said that a rapist should be hanged publicly. But there is no mention of eunuchs in Sharia.

Less than one lakh corona cases in the country after 63 days, death toll...

09/07/2020/7:25:pm
New Delhi: The Department of Disability Empowerment, which comes under the Ministry of Social Justice and Empowerment, Government of India, has decided not to...