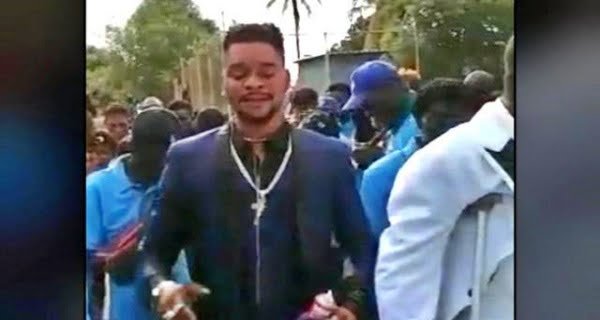 Port-au-Prince: The leader of a notorious Haiti gang accused of kidnapping 17 members of a US missionary group has warned that the hostages will be killed if their demands are not met.

Haiti gang leader Wilson Joseph said in a video posted on social media, “I swear that I will shoot these Americans in the head if my demands are not met.”

Officials said this week that the ‘400 Mawozo’ gang is demanding a ransom of $1 million for each kidnapped missionary. It is not clear whether he has also demanded a ransom for the five children involved in the missionary group.

Significantly, along with a driver from Haiti, 16 US citizens and one Canadian were abducted on Saturday when they went to an orphanage.

09/07/2020/9:11:pm
New Delhi: India has expressed concern over the possibility that F-1 visa students attending online-only classes in the US may lead to the return...

26/07/2021/9:26:pm
Ujjain: There was a crowd of devotees in the Mahakal Temple of Ujjain today. The system collapsed for some time in front of this...

After 16 years, ‘ kulhar’ will be seen once again at the railway stations...

29/11/2020/10:47:pm
New Delhi: During the train journey there is good news for those who sip tea and especially for those who take sondhi-sondhi tea in...