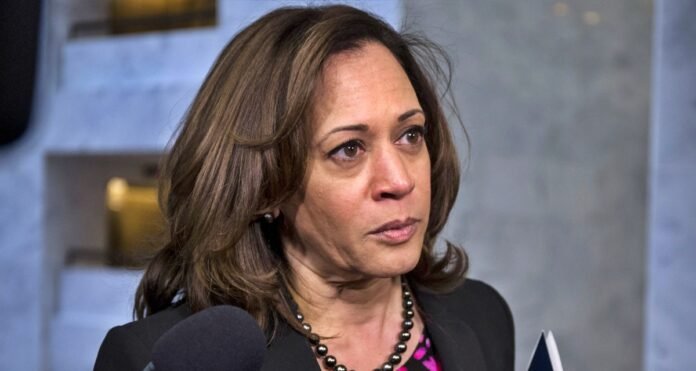 Dubai: A high-level delegation led by US Vice President Kamala Harris arrived in the country’s capital on Monday to pay tribute to the President of the United Arab Emirates (UAE) and the ruler of Abu Dhabi after his death. The delegation will condole the death of Sheikh Khalifa bin Zayed Al Nahyan, and will also meet the new President of the UAE and the new ruler of Abu Dhabi, Sheikh Mohamed bin Zayed Al Nahyan.

Sheikh Mohammed is the half-brother of the late Sheikh Khalifa. He had passed away on Friday. He was ill for a long time. In addition to Harris, the US delegation includes Secretary of State Antony Blinken, Defense Secretary Lloyd Austin, CIA Director William Burns and climate envoy John Kirby. Significantly, Sheikh Mohammed was ruling the country for a long time and he has shaped the foreign policy of the country. Sheikh Khalifa suffered a brain stroke about 10 years ago and has been ill since then.

French President Emmanuel Macron and British Prime Minister Boris Johnson were the first European leaders to arrive in Abu Dhabi over the weekend to express grief following the death of Sheikh Khalifa. Before leaving for Abu Dhabi, Harris said she was leaving on behalf of President Joe Biden to condole the death of Sheikh Khalifa and strengthen America’s important ties with the UAE.

“The United States takes very seriously the strength of our relationship and partnership with the UAE,” he told reporters. We are going there to express our condolences. Vice President of India M Venkaiah Naidu condoled the death of Sheikh Khalifa on behalf of India on Sunday. Naidu said that India and its people stand with the UAE in this difficult time.

Yuvraj Singh will return from retirement, wrote letter to BCCI

09/09/2020/11:50:pm
New Delhi: Sixer King Yuvraj Singh is going to return to the cricket field soon as he has decided to return from retirement. Yuvraj...

Talibani government will be formed after prayers today, funding will depend...