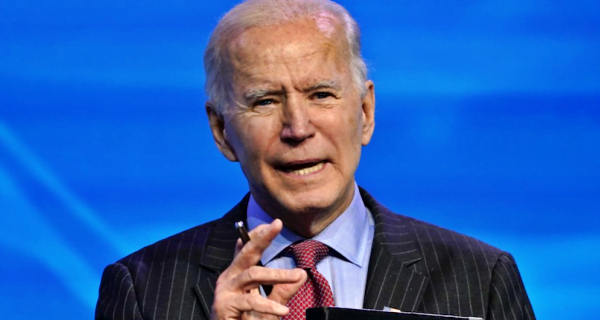 Washington: US President Joe Biden on Wednesday asked US intelligence agencies to ‘double’ their efforts to investigate the genesis of the Covid-19 pandemic. He said there is insufficient evidence to conclude that ‘whether it emerged from human contact with an infected animal or from an accident in the laboratory.

Biden said in a statement, “Most of the intelligence community does not feel that there is enough information to assess which is more likely.” He instructed US national laboratories to assist in the investigation and called on China to cooperate in international investigations regarding the origin of the epidemic.

Earlier, China on Wednesday dodged the question of whether it would allow an independent investigation into allegations of leaking of COVID-19 from the Wuhan Institute of Virology (WIB). At the same time, Chinese researchers have claimed that the infection has passed from pangolin (a type of lizard) to humans. The demand for an independent investigation into the origin of the coronavirus has intensified following a new US report which stated that some researchers from WIV had fallen ill before the official announcement of Covid-19 by China on 30 December 2019.

Responding to questions on the demand for an investigation, Chinese Foreign Ministry spokesman Zhao Lijian cited a study by the World Health Organization (WHO) expert group on the origin of the coronavirus but deferred the question that Covid-19’s W.I.V. Whether Beijing will agree to investigate allegations of leaks.

This expert group visited Wuhan and WIV from 14 January to 10 January. Zhao said WHO mission experts had carried out field inspections during the visit to Wuhan and looked at several data after which a joint study was released which has several findings.

Media reports from Washington on Tuesday quoted White House Corona Virus Advisor Andy Slavitt as saying, “We need to get to the bottom of the genesis of the corona virus” and WHO and China should provide more definitive answers to the world community .

What did the Chinese official newspaper say?
The Wall Street Journal reported on 24 May that in April 2012, six miners had fallen ill with a mysterious illness such as the coronavirus after visiting a mine. The mine is located outside a village in the mountains of southwest China. It was investigated by the top researchers of WIV. Researchers at WIV now claim that the virus is closer to pangolin and that it is ‘unlikely to be released from the Wuhan lab’.

Government ‘Global Times’ quoted experts as saying that new research indicates that the novel coronavirus is unlikely to be leaked from the WIV. Researchers at the University of WIV and the Chinese Academy of Sciences have denied the statement that the virus originated from the laboratory in a report published on ‘Biorexive’ last Friday. These include Xi Zhengli, who is called the ‘Bat Woman’ of China for research on bats.

Wuhan University virologist Yang Zhang told ‘Global Times’ that based on Friday’s report it would be safe to say that bats are potential ancestors of the coronavirus that caused the SARS 2003 and the recent Covid-19 epidemic. But the forms of the coronavirus are found in pangolin, which is closer to the novel coronavirus found in humans. He said that the report did not mention how the virus was transmitted from bats to pangolins to humans.

On the other hand, US Health Minister Javier Becerra has urged the World Health Organization (WHO) to ensure that the next phase of investigation of the genesis of Covid-19 is more ‘transparent’ and ‘science-based. Becerra made this appeal here amid these reports in the media, which said that the virus may have emerged from a laboratory in China.

In March last, the World WHO released a report written jointly with Chinese scientists on the origin of Covid-19, stating that the possibility of it starting in a laboratory is ‘extremely low’. However, the US and some other countries have expressed concern about the way the WHO experts conducted the operation in China, including the epicenter of the epicenter Wuhan, and the lack of adequate cooperation from Beijing. WHO Director-General Tedros Adanom Gabrieus also agreed

28/08/2020/10:55:pm
Bhopal: At present, all political parties are waiting for the announcement of the by-elections in the vacant 27 seats of the assembly in Madhya...

No legal validity of elections in Gilgit-Baltistan: Foreign Ministry

24/09/2020/10:11:pm
New Delhi: The Foreign Ministry of India (MEA) has called the election in Pakistan-authorized Gilgit-Baltistan legally illegal. India says that this area is occupied...