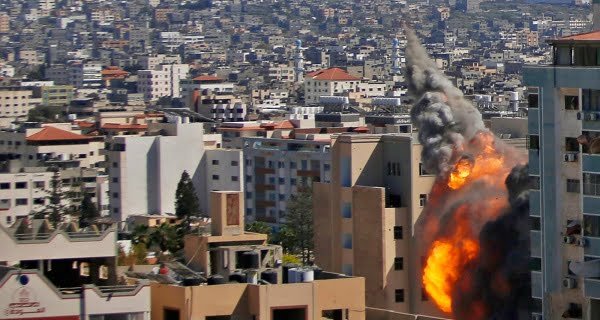 Tel Aviv: Tensions between Israel and Gaza’s extremist organization Hamas continue to grow. On the seventh day of the battle, Israel has launched a major attack. In Gaza, the bombing of the Hamas chief’s house has been carried out. Apart from this, attacks were also carried out by rockets in the early hours of Sunday. It is being said that at least 3 Palestinians have been killed in airstrikes carried out by Israel. Apart from this, many have also been injured.

According to reports, around 10 people have been injured in and around Tel Aviv. Since the start of the violence on Monday, at least 148 people have been killed in Gaza, including 41 children. On the other hand, Israel has spoken about the death of 10 of its citizens, including 2 children.

Stress reduction appeal
Meanwhile, the UN chief of human rights has appealed to Israel and Gaza’s extremist organization Hamas to reduce tensions and prevent violent acts. Michel Bachelet, the United Nations High Commissioner for Human Rights in Geneva, said, “The provocative rhetoric from the leaders of both sides seems to promote rather than calm the tension.”

Nick Jonas expressed his love for Priyanka Chopra in the song, said- ‘I am...

06/03/2021/10:13:pm
New Delhi: Priyanka Chopra and Nick Jonas's love is well known. Wherever they are but leave no stone unturned in expressing their love towards...

Not bound by the treaty on prohibition of nuclear weapons: Pakistan

30/01/2021/10:06:am
Islamabad: Pakistan said on Friday that it was not bound by the Treaty on the Prohibition of Nuclear Weapons as the treaty failed to...