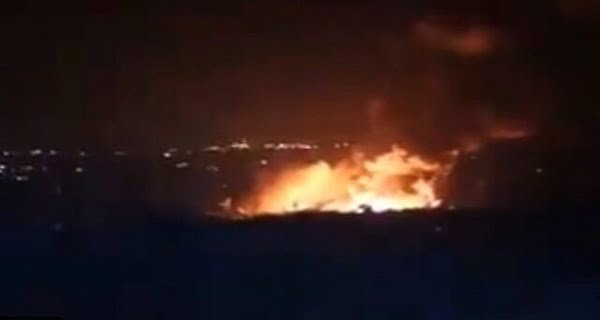 Damascus: Israel launched an airstrike late Monday night in the southeast of Syria’s northern Aleppo province. State news agency SANA quoted an unidentified military official as saying that Syrian air guards shot down most of the missiles in the attack just before midnight. It is not yet known who was the target of these attacks.

The UK-based Syrian Observatory for Human Rights said Israel carried out attacks targeting Iran-backed militias’ weapons depots in the Safira region of Aleppo. After the attacks, loud explosions were heard. These weapons depots are located in Syrian military posts. These attacks took place on the eve of Eid-ul-Azha. Israel has carried out hundreds of attacks in Syria over the years against military bases linked to Iran, but it often does not claim or discuss responsibility for these attacks. Israel also reportedly launched an attack in central Syria last month.

07/09/2020/11:21:pm
Mumbai: Mumbai based Creative fitness facility Q Cage Fit has been encouraging young personalities and revolutionizing the fitness set-up for all with their innovative...