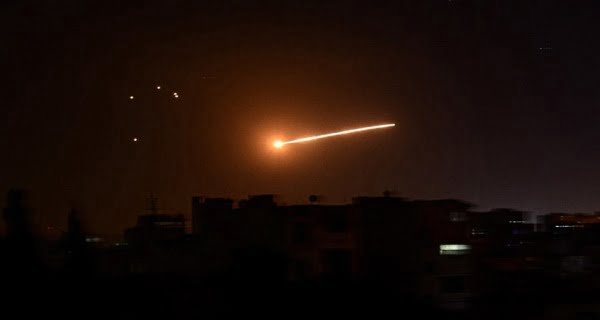 Some missiles were fired from Israeli warplanes passing through neighboring Lebanon, Sanaa reported. Britain’s Syrian Observatory for Human Rights reported that Israel targeted military posts near Damascus. However, he did not give any detailed information about this. Al-Manar TV of the Lebanese terrorist organization Hezbollah reported that a Syrian air defense missile fell on the Lebanon-Syria border, echoing as far as southern Lebanon. Israel has carried out hundreds of attacks over the past several years targeting Iranian military bases in Syria, but rarely takes responsibility for them.

11/07/2020
Mumbai: Bollywood has created a ruckus after the removal of a senior actor from a television show to replace the younger actor. Bollywood actors...

31/03/2021
New Delhi: Sports Authority of India official said on Wednesday that the National Institute of Sports in Patiala, the players, and partners participating in...

19/07/2020
Bhopal: The Madhya Pradesh government has transferred the state transport commissioner V Madhu Kumar. The order of his transfer came after 1991 Indian Police...

Corona breaks all records in Maharashtra, more than 7 thousand cases in a day...

05/07/2020
Mumbai: In Maharashtra (Maharashtra), due to coronavirus, the situation is getting worse day by day. A new record is being made in cases of...