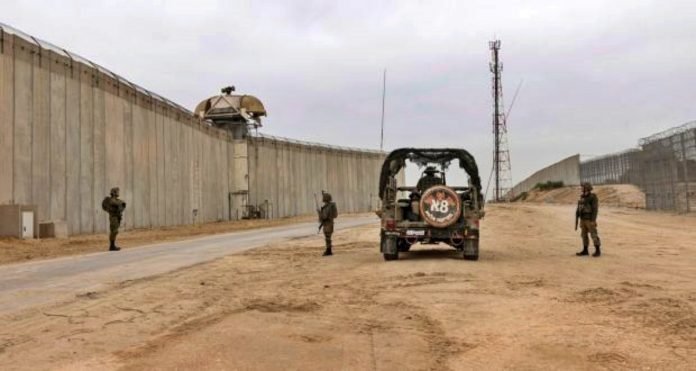 Jerusalem: Israel has been at war with Hamas in Gaza for a long time. Israel has completed the construction of a 65 km-long ‘iron wall’ to prevent Hamas attacks. This hi-tech wall is equipped with underground sensors, radars, and cameras. Enemies will come under the attention of Israeli security forces if they try to cross this wall from Gaza’s side. In the blink of an eye, they will be annihilated.

Israel is calling it a barrier, which has been completed after about three and a half years of construction. Israel has blocked Gaza ever since the Hamas regime came to power in 2007. Under this, strict restrictions have been placed on the movement of goods and people.

About two million people live in Gaza City and have to go through these Israeli restrictions. Israel’s Defense Ministry issued a statement saying that the 65-km-long ‘barrier’ has been completed.

Israel warned its citizens that Hamas could infiltrate Israeli territory through tunnels from Gaza and carry out attacks. Gantz said the barrier would give Israeli citizens a sense of security. Israel has also built a similar wall in the West Bank area.

CM Uddhav’s big decision on ‘uncontrollable’ corona in Maharashtra, ban on all kinds of...

21/02/2021/9:40:pm
Mumbai: In Maharashtra, all public functions including all government, religious and political, social programs have been banned. Chief Minister Uddhav Thackeray has announced this...

Focusing only on agriculture and manufacturing will not give momentum to the country’s economy:...

06/10/2020/10:27:am
New Delhi: On Monday, India said on the "unwarranted" comment of the Permanent Coordinator of the United Nations in India over the incidents in...

Blenders Pride Fashion Tour Unveils the Second Edition of the Showcase in Collaboration with...

07/08/2021/1:40:pm
India:  Blenders Pride Fashion Tour, a definitive voice in the fashion and design world unveils the second edition of The Showcase in collaboration with the...