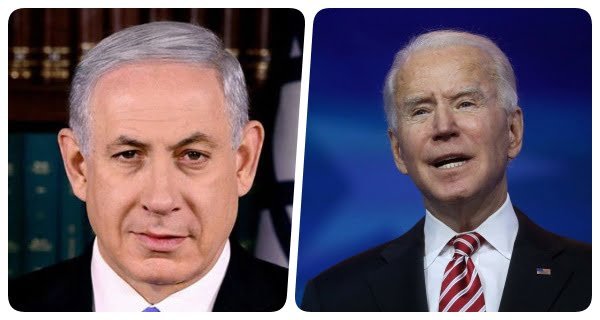 Jerusalem: Israel has put forward plans for the construction of 800 new homes in its occupied west coast area on Monday. However, his move could strain his relationship with the newly elected President of the United States, Joe Biden Administration.

Announcing the move on behalf of Prime Minister Benjamin Netanyahu’s office, it said that it also included the construction of 100 houses in the settlement where an attack allegedly carried out by Palestinian attackers last month included one The Israeli woman was killed.

The announcement will reinforce Netanyahu’s right-wing stance ahead of elections in March, but it also risks Biden’s resentment of those who oppose the expansion of settlements and have previously clashed with Israel on the issue is. Israel captured the West Coast and East Jerusalem in the 1967 war, while Palestinians want it for their future. About half a million Israelis live in settlements spread on the west coast.

Israel received unprecedented support from the Trump Administration, including the abandonment of a decades-old policy of opposition to American settlements. US Secretary of State Mike Pompeo became the first top US diplomat to visit the West Coast settlement last year.

Biden is, however, expressing a resolve for a strategy of equal treatment in which he will restore the Palestinian stopped aid by the Trump administration and work towards resuming peace talks. There has been no concrete peace dialogue between the two sides for nearly a decade. In March, Israeli opposition leader Yer Lapid, who was preparing to oust Netanyahu, termed the declaration of settlements an “irresponsible step” that could provoke a “fight” with the new US administration.

10/11/2020
Washington: U.S. Attorney General William Barr has allowed the country's federal prosecutors to investigate allegations of irregularities in voting ahead of the 2020 U.S....

10/08/2020
Bokaro: The education minister of Jharkhand, Jagarnath Mahto, is now determined to complete the inter studies. For this, they have also taken admission. In...

17/08/2020
Indore(MP): Intermittent rains continue in the city for two days. However, the Indore district has received less than average rainfall this season. The average...

01/09/2020
Seoul: South Korea prosecutors have accused Lee Jae-Yong, the successor of Samsung Group, of share price manipulation and other financial irregularities. These allegations have...

03/07/2020
Islamabad: Pakistan Foreign Minister Shah Mahmood Qureshi tested positive for COVID-19 on Friday. This afternoon I felt a slight fever and immediately quarantined myself at...