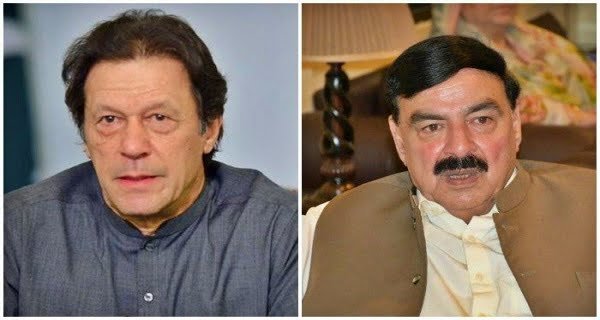 Islamabad: The internal situation in Pakistan is not looking good these days. Even though the Imran government is pretending that everything is fine from the outside, but the situation there does not look good. This is the reason why Pakistan’s Home Minister Sheikh Rashid has been immediately recalled from the UAE by Prime Minister Imran Khan to deal with the current security situation. According to Pakistani news channel Geo News, Rashid had reached the United Arab Emirates on Sunday to watch the India and Pakistan T20 World Cup match, but he had to return to his country.

The banned radical Islamist group Tehreek-e-Labbaik Pakistan (TLP) has already announced that it is going to take out a big march towards Islamabad on Friday against the detention of its chief Hafiz Saad Hussain Rizvi. It is reported that Pakistan’s Home Minister Sheikh Rashid had taken permission from Imran Khan to watch the India-Pakistan match live, but he has been called back in view of the rapid change in the situation in Pakistan.

It is reported that the Imran Khan government has made strict arrangements to stop the march of TLP. Over 500 personnel of Pakistan paramilitary forces and a contingent of 1,000 border personnel were deployed on Saturday to stop the march. Let us inform you that the peaceful Namus-e-Risalat march of Tehreek-e-Labbaik Pakistan towards Islamabad from the headquarters of TLP will begin after Friday prayers.

19/12/2020/12:11:pm
Washington: The newly elected President of the United States of America, Joe Biden, has announced the names of additional members of the White House's...

08/09/2021/10:40:am
Mumbai: Akshay Kumar's mother Aruna Bhatia has passed away. He breathed his last on Wednesday (September 8) morning. Akshay Kumar has informed the fans...

23/04/2021/11:12:am
New Delhi: The Indian Navy on Thursday deployed its vessel capable of conducting rescue operations in the depths of the sea to locate the...