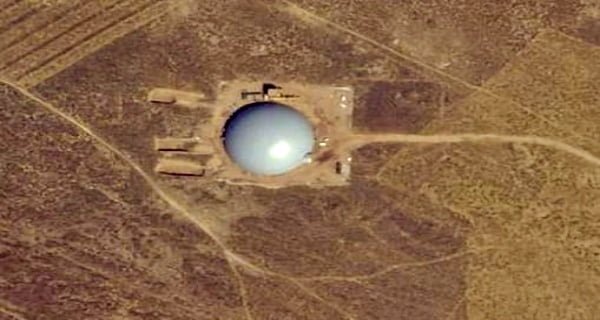 Beijing: China is suspected to have built missile silo fields (bunkers or warehouses) at three places. Western experts are concerned about this issue. These three places are present in Yumen, Hami, and Ordos of North-Central China. This has been disclosed by the American think tank Federation of American Scientists (FAS). He has claimed through photographs provided by Planet Labs and Maxar Technologies that China has built missile silos at three places. Only three Chinese silos are visible in these pictures, but the FAS believes that the Asian country is building 300 new missile silos. FAS researchers believe that the speed with which the work is being done is convincing them that all these are related to the modernization program of the Chinese army. The FSA has assessed the pace of work on the missile silos on a weekly basis.

FAS report authors Matt Korda and Hans M. Christensen said on Tuesday – ‘This is China’s unprecedented nuclear build-up.’ They said that this is raising questions about China’s minimum level of nuclear use and its policies. “The missile silo field is still several years away from being commissioned, but it remains to be seen how China uses it in the future,” the report said.

Nuclear competition may increase
Both Korda and Christensen fear that the speed with which China is engaged in silo manufacturing could increase nuclear competition. In June this year, information about the first silo field was received. Another report came in July to trace the second silo.

At the time, the FAS said the sites were “the most significant expansion of Chinese nuclear weapons ever”. It is said that this is the largest silo manufacturing since the US and Soviet missile silos were built during the Cold War.

14/09/2020/10:18:am
New Delhi: With strict precaution in view of the Covid-19 epidemic (Coronavirus), around 90 percent of the candidates appeared for Medical Entrance Examination (NEET)...

27/08/2020/9:19:pm
Lucknow: In Uttar Pradesh, after the encounter of Bhartiya Janata Party criminal Vikas Dubey, the resentment among the Brahmins and not giving much pressure...

Work from home will end soon! Know what is the plan of TCS, Wipro,...

US will form Quad group with Afghanistan, Pakistan, and Uzbekistan

17/07/2021/10:15:pm
Washington: The Joe Biden administration in the US has said that the US, Afghanistan, Pakistan, and Uzbekistan are in principle to establish a new...

Haibatullah Akhundzada was killed in a suicide attack last year, Pakistan had hatched a...

15/10/2021/10:24:pm
New Delhi: After months of mysterious atmosphere, the Taliban has now confirmed that its Supreme Leader Haibatullah Akhundzada has been killed. CNN has received...