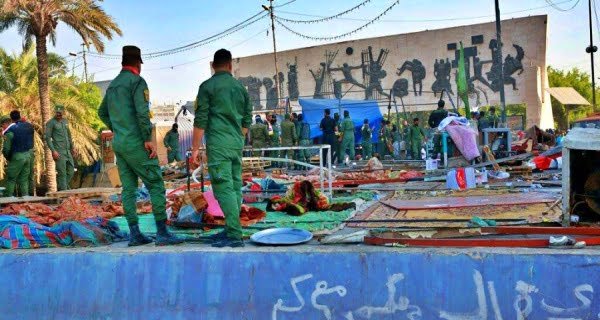 Baghdad: The Iraqi Security Forces on Saturday evacuated the famous Tahrir Square in the capital Baghdad, which has been the center of anti-government protests for the past one year on the issue of corruption.

The protests, which began on the issue, were followed by months of clashes between protesters and authorities across the country, in which more than 500 people were shot dead by security forces.

Iraqi officials have also opened the nearby Jamhuriya Bridge, which completely connects the fortified area with government buildings and foreign embassies. This bridge is built on the river Tigris.

“The opening of the Al Jamhuriya Bridge and the removal of the tents from Tahrir Square were carried out with the help of the protesters and there is no tension,” said Maj. Gen. Cas-al-Mohammedavi, head of the Baghdad Military Operations Command.

21/07/2021/10:32:pm
Bhopal: The preparations for the count (Tiger Assessment 2022) of tigers affected in the second wave of Corona have gained momentum again. Wildlife Headquarters...

North Korea: Test of ballistic missiles successfully from the train

16/09/2021/9:10:pm
Seoul: North Korea said that it successfully launched ballistic missiles from a train for the first time. North Korea claimed this a day after...

19/12/2020/10:31:pm
Ankara: Nine people died on Saturday after an oxygen cylinder burst in the ICU of a hospital in the southern region of Turkey. Patients...

04/04/2021/11:20:am
Harrisburg (US): 'Vaccine Passport' is being created for verification of Covid-19 Vaccination Status in America and free of travel, shopping for vaccinated people. And...