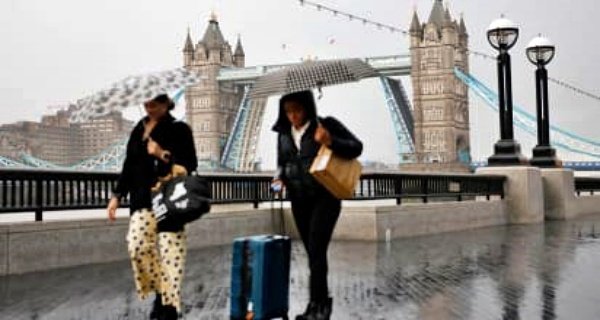 London: There is good news for Indians waiting to go to Britain. People who have taken Bharat Biotech’s vaccine Covaxin will be able to travel to the UK from 22 November. Britain has included India’s Covaccine in its list of approved vaccines ie Approval List. Therefore, from today i.e. 22 November, travelers who got the Bharat Biotech-made vaccine will no longer have to be quarantined in the UK. Along with Covaccine, the UK government has also included China’s Sinovac and Sinopharm vaccines in the list of approved vaccines. After getting the green signal from the World Health Organization (WHO) for the vaccine, Britain had also announced relief in travel.

This move of the UK government follows the World Health Organization’s list of emergency use. Covaccine is the second-largest vaccine used in India. Earlier, international travelers who had been vaccinated had to stay in quarantine after going to the UK, but the rules came into force from 4 o’clock this morning and now it will not happen.

The vaccine is 77.8 percent effective
Covaccine has shown a 77.8 percent effect on symptomatic corona patients. It is 65.2 percent effective against the new delta variant of the virus. The Bharat Biotech company said in June that it had done a final analysis of the efficacy of covaxin from Phase III trials. Let us tell you that before the WHO approved the vaccine, 16 countries had accepted this vaccine with the aim of allowing travelers from India to get the vaccine.

Let us tell you that UK travel rules have divided countries into three different categories. Green, Amber, and Red. India has been placed in the amber category. According to the new change in the rules, there will be only one category – Red and travel rules coming from other countries. The rules will depend on the vaccination status of persons traveling to the UK. According to the UK government website, “From Monday the rules for international travel to England will change to the Red, Amber, Green Single Red List. In countries and regions that are not on the Red List, their travel will depend on the vaccination status of travelers there.

Profit and loss for both Congress and BJP in the by-election! TMC showed strength...

02/08/2021/9:15:pm
New Delhi: Pakistan is a country that leaves no chance to make fun of itself. The leaders here sometimes give some such statements, which...