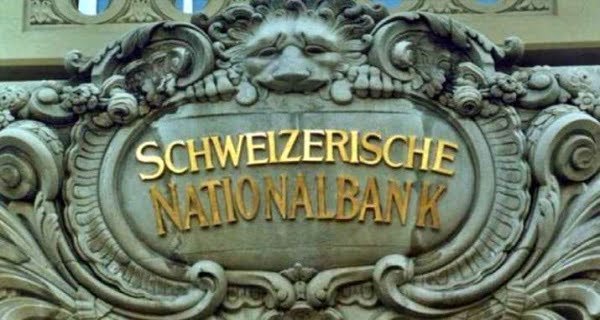 New Delhi: Individuals and corporate money of Indians in Swiss banks increased to 2.55 billion Swiss francs (over Rs 20,700 crore) in 2020. This growth has come from holdings held through securities, bonds, and other financial products, not in the form of cash deposits. However, during this period the deposit amount of the customers has come down. This information was obtained from the annual data released by Switzerland’s central bank on Thursday.

These funds are kept in Swiss banks through branches in India and other financial institutions.
The gross corpus of Indian customers in Swiss banks stood at 89.9 crore Swiss francs (Rs 6,625 crore) at the end of 2019. It increased to 2.55 billion Swiss francs in 2020. Before that, it declined for two consecutive years. is fresh.

According to SNB, the total liability of Swiss banks in terms of Indian customers at the end of 2020 is 255.47 crore CHF (Swiss Franc). It has 50.9 crore Swiss francs (over Rs 4,000 crore) as customer deposits.

In the year 2019, there was a shortfall in funds in all four cases.
These figures have been given by banks to SNB and it does not give any indication about black money held by Indians in Swiss banks.

These figures also do not include the amount that Indians, NRIs or entities from other third countries can hold in Swiss banks.

Others in the top 10 are the West Indies, France, Hong Kong, Germany, Singapore, Luxembourg, the Cayman Islands and the Bahamas. India is ranked 51st in this list. And ahead of countries like New Zealand, Norway, Sweden, Denmark, Hungary, Mauritius, Pakistan, Bangladesh and Sri Lanka.

Among the BRICS countries, India is below China and Russia but ahead of South Africa and Brazil.

According to the data, the money of UK, US customers in Swiss banks decreased. The funds of customers from Bangladesh also decreased but the funds of Pakistani customers doubled to 64.20 million CHF (Swiss franc).

Meanwhile, according to the Bank for International Settlement (BIS) data, this type of fund grew by nearly 39 per cent to $12.59 million (Rs 932 crore) in 2020. At one time, Indian and Swiss officials considered the BIS data on Indian deposits in Swiss banks to be more reliable.

The Swiss authority has always maintained that the assets held by Indians in Switzerland cannot be treated as black money and they have always supported India against tax fraud and tax evasion.

The automatic exchange of information on tax matters between India and Switzerland has been in place since 2018. Under this arrangement, detailed financial information of all Indian residents held in Swiss financial institutions since 2018 was first provided to Indian tax authorities in September 2019. This is to be followed every year under the system.

03/05/2021/9:22:pm
New Delhi: In the midst of the 2nd Covid Wave of Coronavirus in India, Russia has approached China to increase its vaccine production. According...

13/02/2021/9:19:pm
London: Oxford University is considering testing its Covid-19 Vaccine on children for the first time. The vaccine test was announced on Saturday. For this,...

20/06/2021/10:23:pm
Bhopal: The Mega Vaccination Drive is starting on a large scale on 21 June in Madhya Pradesh and its capital Bhopal. The district administration...