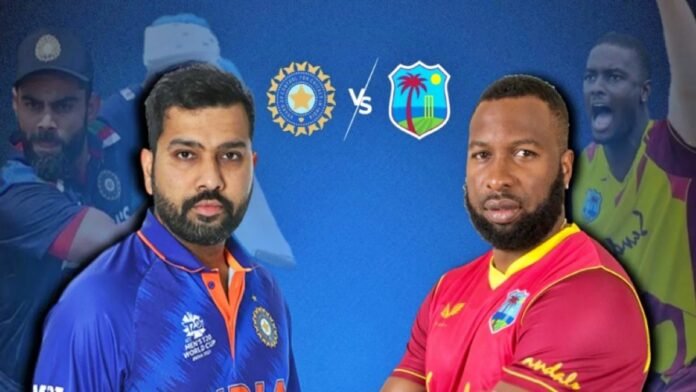 New Delhi: A 5-match T20 series is being played between India and West Indies (India vs West Indies T20 Series). Two big pieces of news related to this series have come out. One of this news is related to Indian team captain Rohit Sharma. There is good news for the fans that Hitman Rohit Sharma has recovered now.

At the same time, the other news is that after the intervention of the Government of Guyana, India and the West Indies team have got US visas. Now both the teams will go to Florida soon. The rest of the series will take place in Florida, which is a territory of the USA.

According to the report of Cricbuzz, all the players and support staff of India and West Indies have got US Visa. At the same time, Indian captain Rohit Sharma has also become completely fit. He will be seen playing in the last two T20 Internationals against West Indies in Florida on 6 and 7 August.

Let us tell you that during the third match of this series, Indian team captain Rohit Sharma retired hurt. He had scored 11 runs in five balls and then had to leave the field due to back pain. India beat West Indies in two matches to take a 2-1 lead in the five-match series.

17/06/2022/12:27:pm
Moscow: The terrible war between Russia and Ukraine continues. No one is ready to bow down. Russian President Vladimir Putin is being discussed the...

26/04/2022/9:14:pm
Islamabad: Pakistan has objected to Prime Minister Narendra Modi's visit to Kashmir and the laying of the foundation stone for the construction of Ratle...

Zydus Cadila’s corona vaccine is approved for emergency use, children above 12 years will...

Trump is not going to return to Twitter even after Elon...