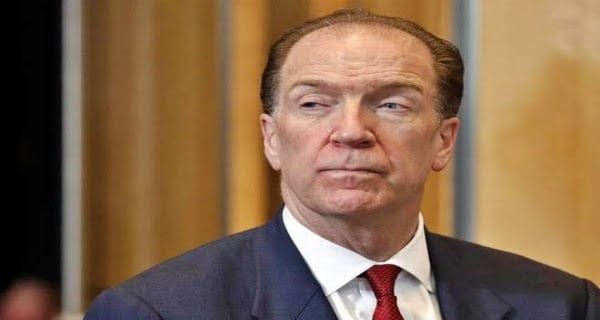 Washington: Describing the current coronavirus situation in India as “very difficult”, World Bank President David Malpass said on Tuesday that India had made good progress in combating COVID-19 before being hit hard by the second wave of the pandemic. . India faced the dreaded second wave of the coronavirus during the months of April and May.

During this, more than three lakh new cases were being reported daily. There were no beds available in the hospitals. There was also a shortage of medical oxygen. At one time in mid-May, new cases of coronavirus had crossed four lakhs.

Malpass made these remarks in a conference call with reporters on the sidelines of the release of the latest report on the global economic prospects. “It is a very difficult situation for India. India had made progress in the fight against Covid and after that, it had to face a huge second wave which led to many deaths and a re-lockdown, which is affecting the economy.

Responding to a question, Malpas said, “We mourn the loss of life. India has been deeply hurt. As far as getting the economy back on track, India has its own huge vaccine production capacity, its own production. It is being made available fast. That will have an impact on the number of new cases and I think it is starting to show a positive effect.”

World Bank Prospect Group Director Ayan Coase said that the report has projected India’s growth rate to be 8.3 percent in 2021. It has actually improved (2.9 percent) as compared to our January estimate. He said that the recovery in the Indian economy was very strong before the big wave of Covid-19.

Scindia’s helicopter strayed twice in Morena, once landed in the wrong place

21/10/2020/10:43:pm
Morena: Twice it happened with Rajya Sabha member Jyotiraditya Scindia who came to Morena to hold an election rally that his helicopter forgot the...

05/09/2020/8:51:pm
Honor has launched two new smartwatches named Honor Watch GS Pro and Honor Watch ES. In both these devices, the user will get heart...

11/01/2021/3:17:pm
Bangalore:  For aspiring and practicing AI and ML professionals keen to build Deep Learning expertise and master applications in speech, text, image, and video.Taught through...