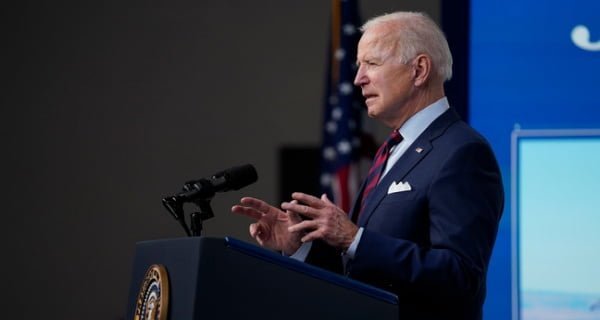 Washington: The administration of US President Joe Biden has said that increasing manufacturing of anti-Covid-19 vaccines in India can help in dealing with infection even across the border. Foreign Ministry spokesman Ned Price told reporters, “This is very important for us because India is very much affected by the global pandemic. In fact, no one in Indian society has remained untouched by this terrible calamity. That’s why we are asking to focus on increasing production in India.”

He said, “The move to increase production in India, can prove to be effective even across India’s border. That’s why it was announced in the context of this arrangement and the Quad.” At the Quad Summit earlier this year, member countries decided to work together to increase the production capacity of India’s anti-Covid-19 vaccines. The quad includes Australia, India, Japan and the US.

The US has so far provided $ 500 million to India for aid related to Covid-19. It also includes $100 million given by the government. “We are delighted to see that the US government and the private sector have combined to provide India with nearly $0.5 billion in aid in times of need,” he said.

Akshay Kumar’s film ‘Laxmii’ will also be released in theaters

31/10/2020/10:30:pm
Mumbai: Bollywood star Akshay Kumar is in discussions about his next film Laxmii. First about his look and then about the controversy surrounding the...

22/03/2021/9:27:am
New Delhi: There can be a significant change in the weather of North India. Meteorologists predict that there may be heavy thunderstorms and rains...

28/09/2020/10:26:pm
Mumbai: A world-class government music college will be set up here in the name of renowned musician the late Deenanath Mangeshkar, Maharashtra Minister Uday...