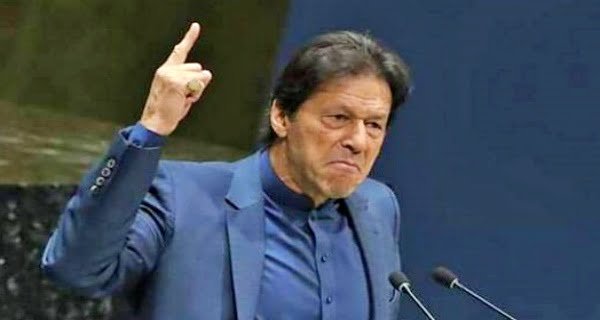 Islamabad: Pakistan Prime Minister Imran Khan fiercely targeted the opposition parties in his address to the country. He said that opposition parties are making fun of the country’s democracy. Imran alleged that in the Senate elections, opposition candidate Yusuf Raza Gilani fiercely distributed the money. Please tell that after the defeat of the country’s Finance Minister Abdul Hafeez Sheikh, Imran has announced to bring a vote of confidence in the Parliament on Saturday. He said clearly in his address that he is ready to sit in the opposition but is not going to promote corruption.

Imran Khan said, “They thought that the sword of no confidence would hang on me and if I love the chair, then I will end all their cases.” I am not going to trust myself. I will ask for confidence in the Parliament. I also tell the people of my party that if you are not with me, then you have the right, raise your hand in Parliament and say it. Never mind I will go to the opposition. ”

Imran said, I did not come to earn money in politics. I already had so much money and fame that I could live in peace all my life. But I decided to enter politics for the country. I will not compromise with the corrupt at any cost.

09/03/2021
London: Prime Minister on the opening of schools and colleges on Monday as part of the first phase relaxations in months of stringent lockdown...

Keshava Rao did the planning, Hidma carried out – Learn how the soldiers trapped...

05/04/2021
Bijapur: So far 24 soldiers have been martyred in an encounter between Sukma in Chhattisgarh and security forces in Bijapur and Naxalite. After the...

20/10/2020
New Delhi: Prime Minister Narendra Modi addressed the nation on Tuesday. In his speech, PM Modi advised the countrymen to avoid Coronavirus during the...