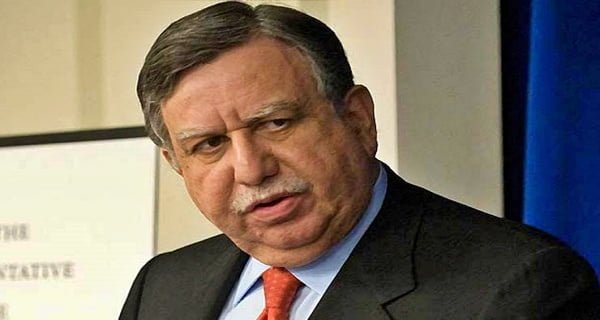 Islamabad: A statement by Shaukat Tarin, the financial advisor to Pakistan’s Prime Minister Imran Khan, has created a controversy in the country. Tarin says that those who will not pay Income Tax and GST in the country, will not even get the right to vote. Shaukat was the finance minister of the country till last month, but he had to step down if he could not be elected to the Senate. Then Imran Khan made him his finance advisor overnight.

Shaukat Tarin was participating in a successful jawan program in the capital of Islamabad on Monday. During this, he warned the businessmen and said- ‘I want to say one thing emphatically to all the businessmen of Pakistan. Every businessman has to pay tax. If they do not pay taxes, then they will not even get the right to vote. If you give income tax and GST, then the rest of the tax can be cut.

The report said that it is expected from the people that we will not be forced to beg people for payment of tax. Financial Advisor Tareen assured full support to agriculture, small and medium enterprises (SMEs), and the IT sector to take the country forward and said that a fund to offer money to SMEs and people associated with the IT sector will be established.

Couldn’t deal with IMF
The economy of Pakistan is going through a very difficult phase at the moment. Till last month, Shaukat Tarin was the finance minister of the country. His brother Jahangir Tarin is the Chief Minister of Punjab province. Shaukat had gone to New York last month with a large delegation. There he had talks with the IMF board for 11 days. Despite this, they could not even get the first installment, leaving the package of $ 6.5 billion to Pakistan. After this, if he lost the Senate election, the chair of the Finance Minister also went away.

The economy fell under Imran’s rule and in the trough
The annual report released by the State Bank of Pakistan shows a government debt of Rs 39,900,000 crore (399 trillion) in Pakistan. In this, the debt of Rs 14,900,000 crore (Rs 149 trillion) has increased during the three years of Imran’s rule. News agency PTI quoted local media reports as saying that the loan taken by the Imran Khan government was 80 percent of the loan taken by the Pakistan Peoples Party (PPP) and the Pakistan Muslim League-Nawaz (PML-N) during the 10-year rule. percent is equal to.

Four finance ministers in three years
Imran Khan came to power in 2018. Since then, he has changed four finance ministers. All four have been his close friends. Shaukat Tareen and his brother Jahangir Tareen are facing serious corruption charges. Recently, the names of some people in Pakistan appeared in the Pandora Papers. Among them was the name of Shaukat and his brother Jahangir.

02/07/2020/9:23:pm
New Delhi: Union Tourism Minister (IC) Prahlad Singh Patel on Thursday said that all the monuments can be opened from July 6. Taking to micro-blogging...

24/01/2021/10:05:pm
New Delhi: A woman health worker died on Sunday, 5 days later after being vaccinated with the Coronavirus Vaccination on 19 January in Warangal,...

That’s why ‘National Press Day’ is celebrated, every citizen has ‘this’ fundamental right

16/11/2021/9:53:am
India is a democratic country. Journalism is considered to be the fourth pillar of democracy because here people have freedom of expression. The freedom...

09/04/2021/9:55:am
Bhopal: The implementation of a complete lockdown of seven to nine days in five districts of Madhya Pradesh was announced on Thursday. The District...