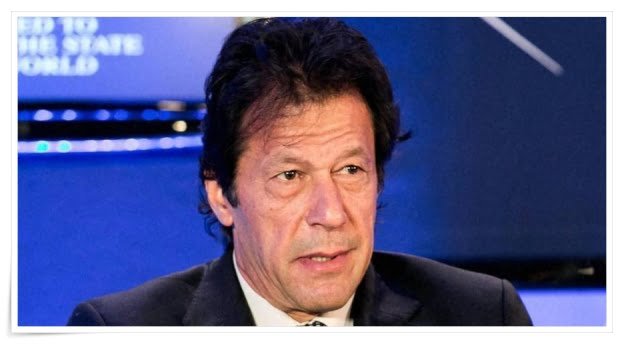 Islamabad: Prime Minister Imran Khan has admitted that the capture of resources by certain people and the absence of rule of law in the country are the main reasons for the backwardness of Pakistan. Imran Khan has said this in an online interview with American Muslim scholar Sheikh Hamza Yusuf. Sheikh is also the head of Jetuna College in California. Imran has already accepted that thousands of terrorists are active in Pakistan.

Imran said, “The majority of the people are deprived of the facilities of health, education, and justice due to taking possession of the resources of certain people. In the absence of rule of law, the country could not reach the height where it should have been. No society can progress unless it follows the rules. This is the problem in most developing countries. In Pakistan also there is a separate law for the poor and different for the rich.

This interview of the Prime Minister was broadcast on Pakistan Television on Sunday. Imran Khan said, ‘Law works on the basis of the quality of the offender. If you are rich, you will sit in a prominent position and if you are poor, you will continue to struggle throughout your life. His government wants to take the country forward by following two principles. One of these principles is to make Pakistan a welfare nation. The second is to establish the rule of law.

On the issue of the environment, Imran said, ‘Sincere efforts should be made to improve it. Because it is necessary to save life on earth. If honesty is not taken in this work, then disasters will come in the future, and then no one will be able to do anything. Whatever man does in the present, it will come in the share of the coming generations.’ Pakistan’s PM Khan said, ‘The rulers of most Muslim countries have lost their trust. They come to power by making compromises and then making agreements to stay in it. Work for your own personal gain. This cuts them off from the interests of the public.

Situation will change in Afghanistan in the next 6 months: Ashraf Ghani

03/08/2021/10:21:am
Kabul: The bloody conflict between Afghanistan and the Taliban continues. Meanwhile, Afghan President Ashraf Ghani has said that the situation in the country will...

23/04/2021/11:19:am
New Delhi: China has reacted to the growing cases of Coronavirus in India. The neighboring country has said on Friday that they are ready...