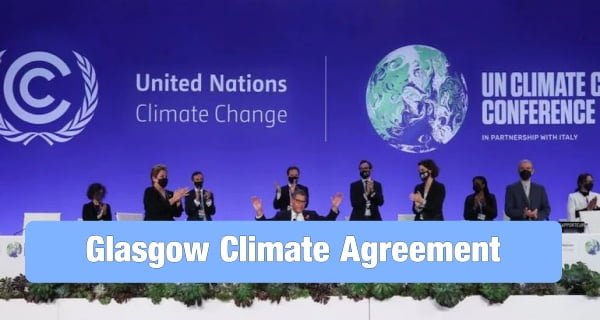 London: The COP26 United Nations Climate Talks in Glasgow has ended and all 197 countries have agreed to the Glasgow Climate Pact. If the 2015 ‘Paris Agreement’ provided the framework for countries to tackle climate change, the Glasgow Conference six years later was the first major test for this important topic of global diplomacy.

What have we learned from the last signed Glasgow climate agreement with two weeks of leaders’ statements, massive protests over coal and unilateral agreements, funding for fossil fuels, and halting deforestation?

From phasing out dependence on coal to the loopholes in the carbon market, here are some key things we need to know:
Progress has been made on emissions reductions, but the Glasgow Climate Treaty is only modest progress and not the moment of success needed to halt the worst effects of climate change.

The Paris climate agreement set a target of limiting global warming to 1.5 °C, but the pace at which emissions were increasing prior to COP26 was projected to reach 2.7 °C. But it has been projected to drop to 2.4 degrees Celsius this decade following COP26 announcements, including new commitments to cut emissions by some major countries.

Glasgow important meeting five years after Paris
The road to further reductions is open in the near future. The final draft of the Glasgow Treaty says that current national climate plans (NDCs) are far from what is needed to limit temperatures to 1.5 °C. New climate plans are required under the Paris Agreement every five years, which is why the Glasgow meeting was important five years after Paris (with delays due to COVID-19).

Rich countries shy away from their responsibility
Rich countries kept ignoring their responsibility. Developing countries have been demanding money for “damages and compensation”, such as increased costs due to the effects of cyclones and sea-level rise. Small island states and environmentally sensitive countries say that emissions from these major polluter countries have created such environmental conditions and hence the need for funding. Developed countries led by the US and the European Union have denied any liability for the loss and damage.

Flaws in carbon market regulations could undermine progress towards saving the environment. After a lengthy debate on Article 6 of the Paris Agreement on market and non-market approaches to carbon trading, a consensus was finally reached. Thanks to climate activists for the progress – their next course of action will be decisive.

Get discount of 2.25 lakh rupees on Harley-Davidson bike, know the full offer

30/03/2021/2:22:pm
New Delhi: Hero Motocorp has launched a special offer for Hero's business partner along with his employees and their family members. Which the company...

Night curfew in urban areas of Mumbai from tomorrow, order to remain vigilant for...

21/12/2020/9:45:pm
Mumbai: In view of Christmas and New Year, the Maharashtra Government has announced a Night Curfew in the municipal areas of the state from...

02/07/2020/9:43:pm
New Delhi: Amazon Prime Video on Thursday announced that Vidya Balan starrer ‘Shakuntala Devi’ will have a global premiere on the streaming service on...

23/05/2021/10:21:am
New Delhi: The Indian Medical Association (IMA) on Saturday sent a legal notice to yoga guru Ramdev over his alleged statements against allopathy and...